Company officials say 10 trains, with a total of 120 carriages, have been confirmed damaged.

The officials say there are no prospects for the time being of fully resuming service on the Hokuriku line. They say they may have to restart operation with fewer trains.

The center is located 10 kilometers northeast of JR Nagano Station and on the west side of the Chikuma River, which overflowed after Typhoon Hagibis hit the area on Saturday
Click to expand...

Ten trains on the Hokuriku Shinkansen Line connecting Tokyo and Kanazawa, Ishikawa Prefecture, were affected, the company said, adding that it has no idea when operations on the line will be resumed partly because of flooding from the Chikuma River, which flows near the train yard.

The 10 trains, made up of a total of 120 carriages, represent a third of the trains on the line. Eight are owned by JR East and the other two by West Japan Railway Co. (JR West).

For the time being, JR East has decided to operate the line with the remaining trains between Tokyo and Nagano. The trains connecting Kanazawa and Toyama were operating normally Sunday, according to JR West.

Vital functions on the trains, such as brakes, transformers and air conditioning control systems, are installed underneath the train carriages.....
Click to expand... 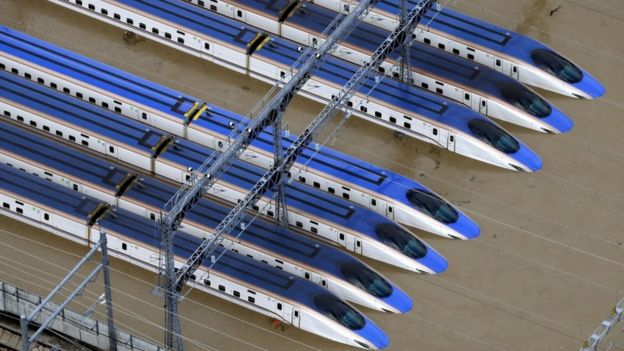 All that electrical equipment submerged in muddy water. Ouch.
B

Location
Up and down the south WCML (mostly)

Indeed. While I'm sure the bodyshells will be fine once dried out, I guess all that underframe kit is likely going to need replacing...

BBC reports that the cost per set is approx. £23 million; I always knew shinkansen were pricey but I didn't realise it was quite that much!
A

Three-Nine said:
BBC reports that the cost per set is approx. £23 million; I always knew shinkansen were pricey but I didn't realise it was quite that much!
Click to expand...

The pound has fallen about 30% against the Yen over the last 5 years or so: they would have looked a lot less expensive at those rates.
H

Hopefully, the fleet is insured so that the loss is not to be borne by JR East.

Location
Gateway to the South West

Three-Nine said:
BBC reports that the cost per set is approx. £23 million; I always knew shinkansen were pricey but I didn't realise it was quite that much!
Click to expand...

With a set being 12 carriages that's just under £2m per carriage. Sounds about right.

The Hakone - Gora line, a famous tourist route, has been severed and is expected to take some months to repair. Gora had 1m of rain from the Typhoon! Serious, even by Japanese standards! And numerous JR East Lines to the W. of Tokyo are still blocked.

According to the English language Mainichi Daily News website, the affected sets could be scrapped as - not surprisingly - theres been serious damage to their electrical systems. Ouch!:

The flooding along the Chikuma River in Nagano inundated 10 shinkansen bullet trains with a total 120 cars at East Japan Railway Co.'s railyard in the city.

The train operator said it expects to resume services along the entire Hokuriku Shinkansen line between Tokyo and Kanazawa stations from Oct. 25, although they will be at about 80 percent of the pre-typhoon level.

The swamped trains could be scrapped as the company has confirmed serious damage to their electrical systems, it said.
Click to expand...

10 Shinkansen trains that were flooded by Typhoon Hagibis and had a book value of around £100m are being written off due to flood damage, though they will attempt to salvage some parts. The fleet belonging to two Japanese railway companies made up around 1/3rd of local services. 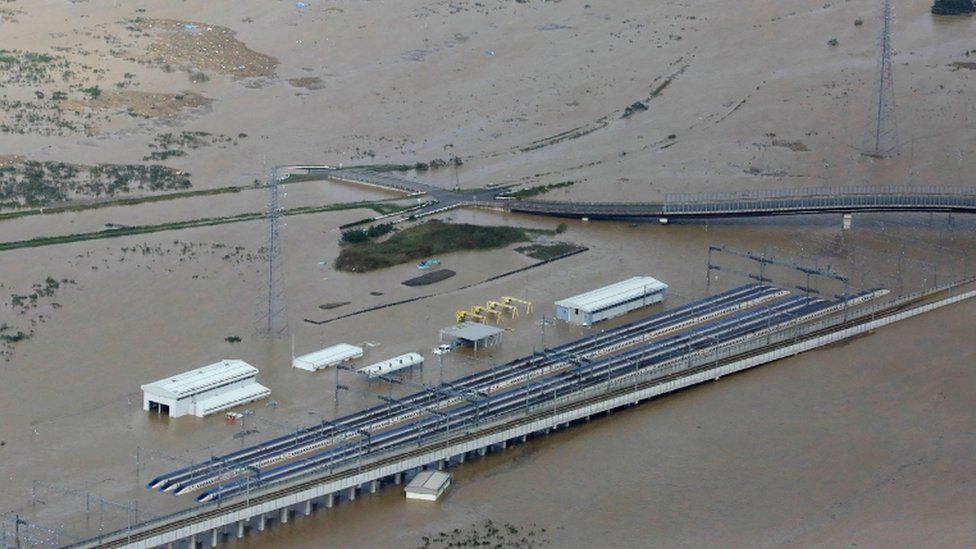 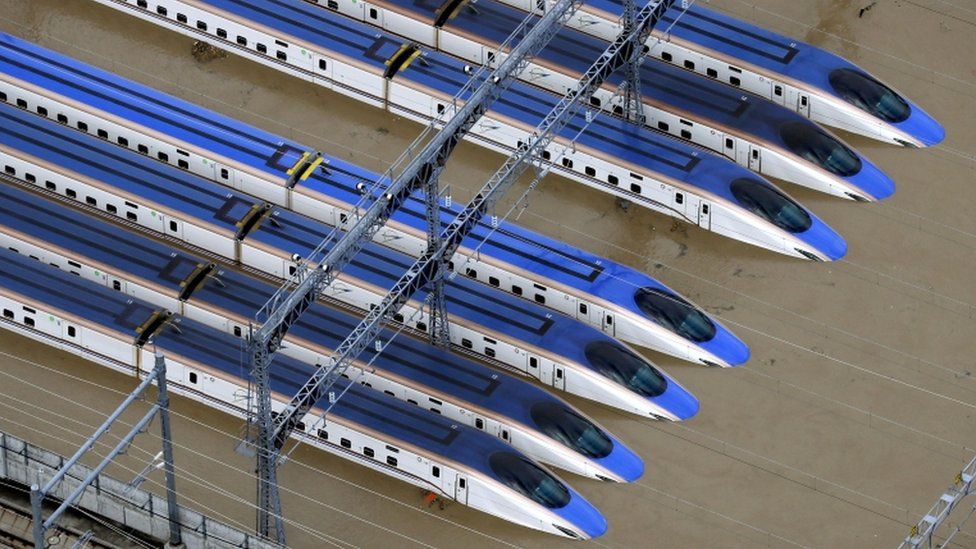 NHK World (in English) is confirming that the 10 trains will be scrapped:

The channel's Japanese-language site has a little more information:

Using Google Translate the article says that the service on the Hokuriku Shinkansen line will be fully restored by the end of the fiscal year by using new trains originally destined for the Joetsu Shinkansen - presumably these will be some of the E7 series on order to replace the E4 double-deck sets on that line.
S

I don't know about you, but those bodyshells fit snuggly in one particular place.

Giugiaro said:
I don't know about you, but those bodyshells fit snuggly in one particular place.
Click to expand...

They are also designed for level boarding from 1250 mm platforms.

But why have a Shinkansen in Cascais of all places? It's not even AC!