3rd rail systems outside of the uk?

20 DM30ACs were indeed built for the Long Island Rail Road, but only 17 remain in service.

#503 was written off in October 2000 after hitting a shopping trolly at Huntington, LI, which shorted out the 3rd rail and the loco subsequently caught fire. It was used as a source of spares until it was scrapped in July 2018, while #511 hit a 14-car long train stopped in a siding rated for 13 cars in May 2019, sustaining frame damage and losing a 3rd rail shoe in the collision. It has been in storage at the Morris Park Facility (in Queens, NY) since then, likely having already given up some valuable spares for it's fleetmates.

In addition, #507 suffered a major failure in it's electrical compartment sometime in 2013, but rather than writing the loco off entirely, it was instead converted into a DE30AC (the 'pure diesel' version of the design) and renumbered as #423, it first being noted in service in this form in early 2014.


67thave said:
An odd example is the Staten Island Railway in New York City. While commonly classified as an urban rail network and often associated with the city's subway system, the third-rail electrification of the network dates back to when the service was a mainline railway operated as part of the Baltimore & Ohio.
Click to expand...

Came here to mention the Staten Island Railway. It's ties to the city's main subway network is strengthened by the use of modified subway stock, namely the R44s dating from the early 1970s. They were retired early from the main system between December 2009 and September 2010 due to structural issues with the car bodies and were replaced by the R160s, while the remainder of the Staten Island fleet is slated for replacement by a variant of the R211 order (specifically, the R211S) starting in 2023. Incidentally, the remaining R44s are now the oldest 'R-Type' stock left (at 49 years of age) since the last R32s were officially retired this past January.

Also I think Bury-Holcombe Brook - an oddity, it ended up reverting to steam, before being closed.

Also, I think - don't know details - parts of the Chicago L used to use overhead (600v dc with trolley poles)

etr221 said:
The other one that comes to my mind is the Hamburg S-Bahn (which originally used the same electrification syatem as the LBSC)

Also I think Bury-Holcombe Brook - an oddity, it ended up reverting to steam, before being closed.

Also, I think - don't know details - parts of the Chicago L used to use overhead (600v dc with trolley poles)
Click to expand...

The Yellow Line in Chicago (also known as the Skokie Swift) did use overhead until the early 2000s on part of the route - the section heading into Howard was always operated with third rail traction.

When President Franklin Delano Roosevelt died in 1945, his funeral train was hauled by steam locomotives at the beginning and end of the trip. The change from steam to GG1 (11000 volts AC) was made either in northern Virginia or in Washington. The GG1 hauled it to The Bronx, probably Port Morris yard. There, a third rail locomotive hauled the train to Mott Haven wye and north along the Harlem River. We lived on Marble Hill, looking down on the four tracks of the New York Central. Dad took one photo. At Harmon, steam replaced the electric locomotive. It may have been a T-motor, about 17 meters long.

If you still have that photo, it and others would be welcome in the history & nostalgia section
P

no their entire route has OHLE so they just use that, Penn is Dual electrified with both third Rail and OHLE
J

Holmenkollbanen of the Oslo metro was converted to third rail around 10 years ago. https://en.wikipedia.org/wiki/Holmenkollen_Line

etr221 said:
Also I think Bury-Holcombe Brook - an oddity, it ended up reverting to steam, before being closed.
Click to expand...

If we are allowed to stray from the OP, then perhaps we should mention the Volks Electric Railway in Brighton. Definitely third rail, opened in 1883 and still going strong. The "Daddy Long Legs" Rottingdean extension was overhead (sort of), but far from conventional in every respect!

The metre gauge line of the TMR starts in Switzerland as OLE and changes to 3rd rail to get to Chamonix. The TMR stock is very similar to the SNCF trains which run to the Swiss/French border but they are 3rd rail only. TMR are gradually converting their part of the line to overhead power. At least this was the case the last time I was there! New trains have just been ordered by the Swiss company for this line: 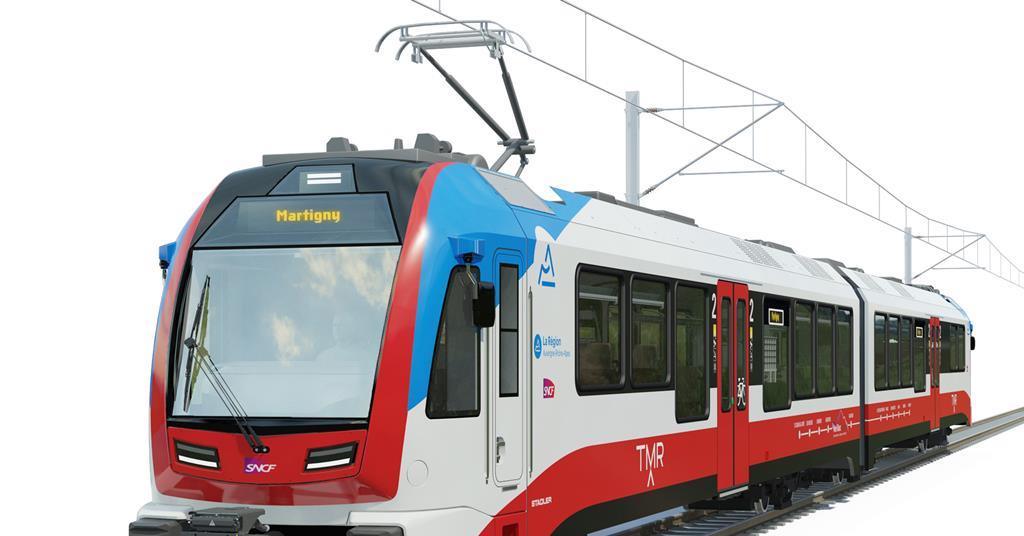 EUROPE: Stadler is to supply seven rack-equipped electric multiple-units for Mont-Blanc Express services on the 1 000 mm gauge line between Martigny in Switzerland and Saint-Gervais-les-Bains-Le Fayet in France. The two-car EMUs will be equipped for 850 V DC overhead and third rail power...

A0wen said:
Arguably it's easier to combine 3rd rail with level crossings than OHLE is, because OHLE needs its level raised to allow tall vehicles to pass underneath. Take a look at Foxton (Cambs) where the railway crosses the A10 as an example - if you look at this video, you'll see the pantographs are at full stretch.

Whereas 3rd rail is just terminated a few feet short of the crossing.
Click to expand...

Aside from the risk of gapping a locomotive...

D365 said:
Aside from the risk of gapping a locomotive...
Click to expand...

...which is why the BR class 71 and earlier SR CC1/CC2 (+BR 20003) locos had a flywheel energy storage 'booster' system to alleviate that situation.

Ioved my trip on the Petite Train June. Open carriages and fantastic views. Sweltering at the bottom but definitely a bit nippy when we got to the top in the pyranese
C

Not really. The French took the German 20 kv 50 Hz system (the 1936 Höllentalbahn scheme between Freiburg and Neustadt) as a template after World War II, and installed it on the Aix-les-Bains - La Roche-sur-Foron line in 1951. I think they dismantled the German equipment and took it as war reparations. They converted it to 25 kV in 1953. The section between Valenciennes and Thionville began operation in July, 1954, and in May, 1955, the French Railways invited an international group of railway engineers to a conference at Lille at which they presented the results of nine months' operation of the new system. These showed not only big savings in the cost of the fixed equipment but that, contrary to earlier expectations, the AC locos were cheaper and lighter than their DC equivalents. The results of this conference fired the imagination of railway engineers worldwide. and high voltage 50 Hz AC electrification was generally accepted as the system for the future in those countries not already deeply committed to one of the other forms of electric traction. On 6th March, 1956, the British Transport Commission announced their intention to adopt this system as a standard for future electrification in Britain, save in the Southern Region.

After that SNCF adopted this as their standard system for new schemes and used it pretty extensively when they electrified in northern and eastern France during the 1950s and onwards. Also in the south in 1969 from Marseille along the coast to Nice and over the Italian border to just outside Ventimiglia where there is a system changeover point. The Italian 3,000V DC system is put on half voltage in the Ventimiglia station area, and dual voltage SNCF EMUs and locos run through to/from France. Below is a 1953 SNCF BB 12000 25 kV loco. This class were nicknamed les fers à repasser (smoothing irons, the kind people use on laundry). 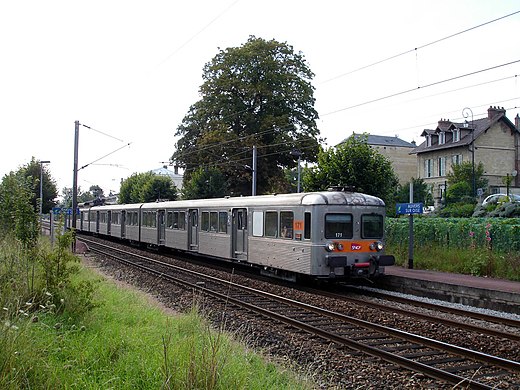 Keihanna Line (けいはんな線 ) in Japan is a 3rd-rail electric railway line operated by Kintetsu Railway. Top speed is 95 km/h which is the fast 3rd-rail system in Japan.