Like many, I've been an avid listener of Dan Fox's excellent Signals to Danger podcast.

Although there haven't been so many serious and deadly accidents as 15-25 years ago, thank heavens, it got me thinking about the training that crew get in terms of preparing for a catastrophic accident.

Naturally, crew will be trained an know how to handle more minor mishaps, but what sort of training is given (if any) to prepare traincrew for a major accident, eg a severe derailment? Do crew routinely learn about the accidents of recent decades in detail, with a view to instilling an even quicker response? Or are accident response protocols pretty much the same, whatever the event?
R

Pretty much the starting point for all training, contact signaller, laying track circuit operating clips/dets where applicable, ect. If anything how 'minor mishaps' are dealt with is more ambiguous.

the sniper said:
Pretty much the starting point for all training, contact signaller, laying track circuit operating clips/dets where applicable, ect. If anything how 'minor mishaps' are dealt with is more ambiguous.
Click to expand...

Would totally agree with this. The world of dealing with minor mishaps is incredibly unclear and you could create a list of quite a few pages.
Serious incident training or emergency protection is more to protect other lines first with only your own being protected in one set of circumstances. References were provided with poor examples of calls but other than that not much else for us.

We get the process for emergencies drilled into us at initial training and it’s continually reviewed during our competency cycle between rules exams.

A minor incident can escalate to a major one very quickly if the right steps aren’t taken. I’d recommend Red for Danger by L. T. C. Rolt if you haven’t read it for an insight into how modern safety practices developed from mistakes in the early days.

We used to get safety training days like where a dry ice machine would fill a carriage with smoke etc. Not done anything like that for around 15 years now.
T

There are some emergency execises in key locations too, also involve other agencies including blue light services. In a past job I've participated in some Emergency Exercises, can be very interesting.

At the higher level, the legislatory framework TOCs/FOCs operate under requires them to be able to dovetail into Network Rail's incident response. There's a RIS on that available from the RSSB website. Different TOCs/FOCs train their staff in different ways- simulators can be useful for some training, most TOCs/FOCs will have people trains to act as TOLOs and some have their own re-railing teams.

Also, a good starter for 10 in an incident is generally: "get on the GSMR" (or if serious enough send a REC) these days; not only does it save much hassle but many lines not track-circuited (clips don't do anything in axle-counter areas) and you could have a long walk. In real life before GSMR days, there were cases of staff focusing on the "clips and dets" malarkey and walking past the SPT which if used to contact the Signaller would have made it much easier to locate the train (thankfully in the particular incident used as a video re-creation for staff training there was no-one hurt and the train still had hotel power but still.....).

DOO must put a bit of a strain on staff in the event of something major.

There was a decent sized training session not to long ago with FOC's and emergency services. 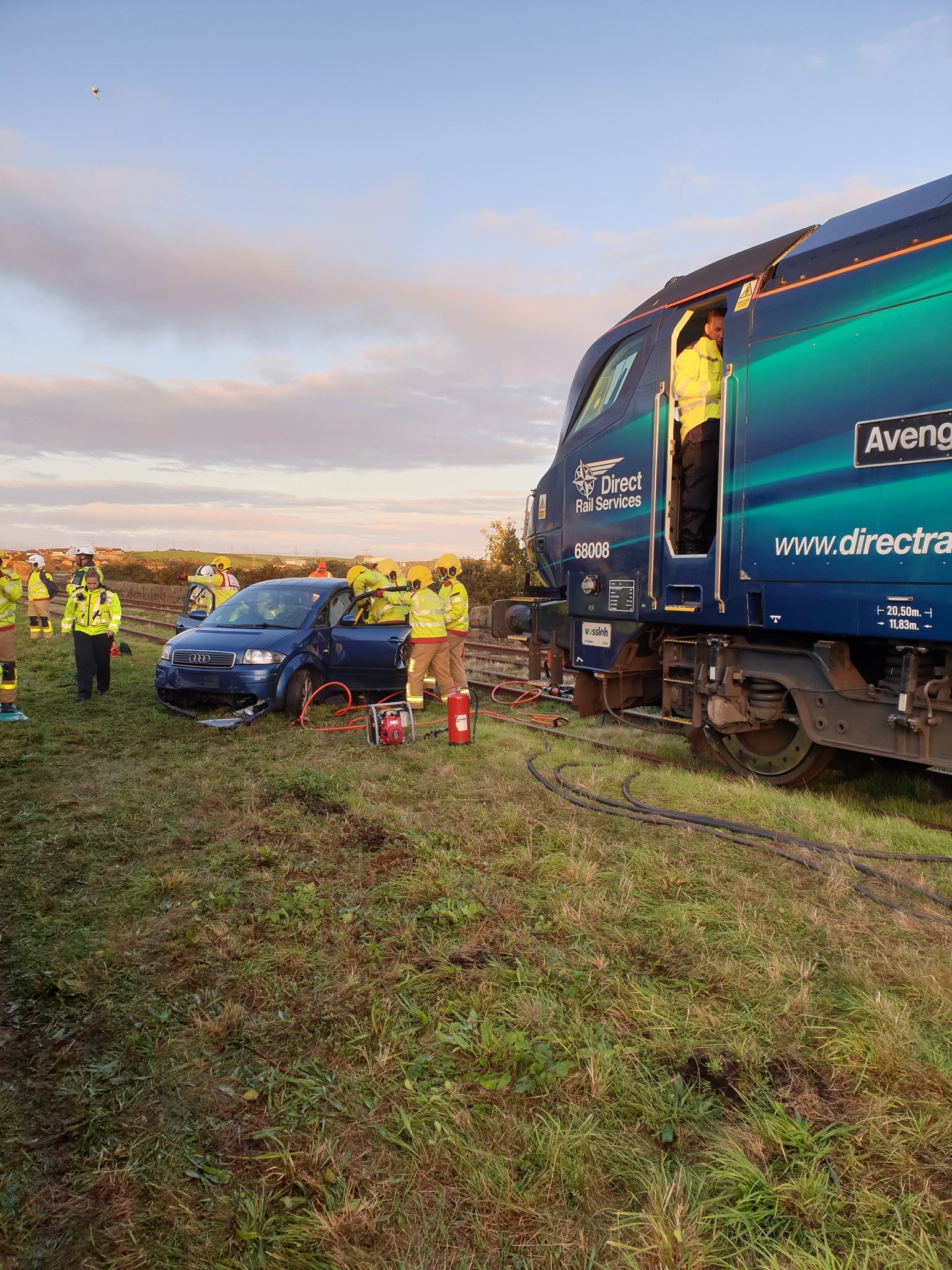 THE reason behind the large number of emergency services at Cavendish Dock on Thursday night has been revealed.

Arrpi87 said:
DOO must put a bit of a strain on staff in the event of something major.

You wouldn't generally protect the rear of the train as in most cases that would be protected by signals. You would go the other way.

Arrpi87 said:
DOO must put a bit of a strain on staff in the event of something major.

In theory yes, in a fully derailed situation yes. In practice you would likely find some other way of raising the alarm during the process of laying emergency protection like that, assuming you hadn't/couldn't use GSM-R for some reason.

Without starting DOO debate #6748 this is the much bigger issue than who does the doors in recent debates.

Talking from bitter experience the training on how to deal with a serious incident really does just kick in and run you on autopilot when you need to use it.