Due to closure of Austrian Semmering Pass these weeks for maintenance work, freight and night trains are rerouted on the Pyhrn Railway via Linz to Vienna. The rerouted passenger trains in the morning are daily EuroNight 234 Rome - Vienna and Fri/Sun EN 1238/6 Livorno - Vienna with car transporters.
Freights and local passenger trains were mostly hauled by classic ÖBB electric locomotives. Particularly still in old livery:
1144.40
1144.92
1142.567
as well as several other class 1142s. However, also a new Siemens Desiro ML "Cityjet" EMU is already on regular service trial runs - so this is the last hurrah for the oldtimer locos built 1963-77, catch them while you can! They are still found plentiful on most lines around Linz. 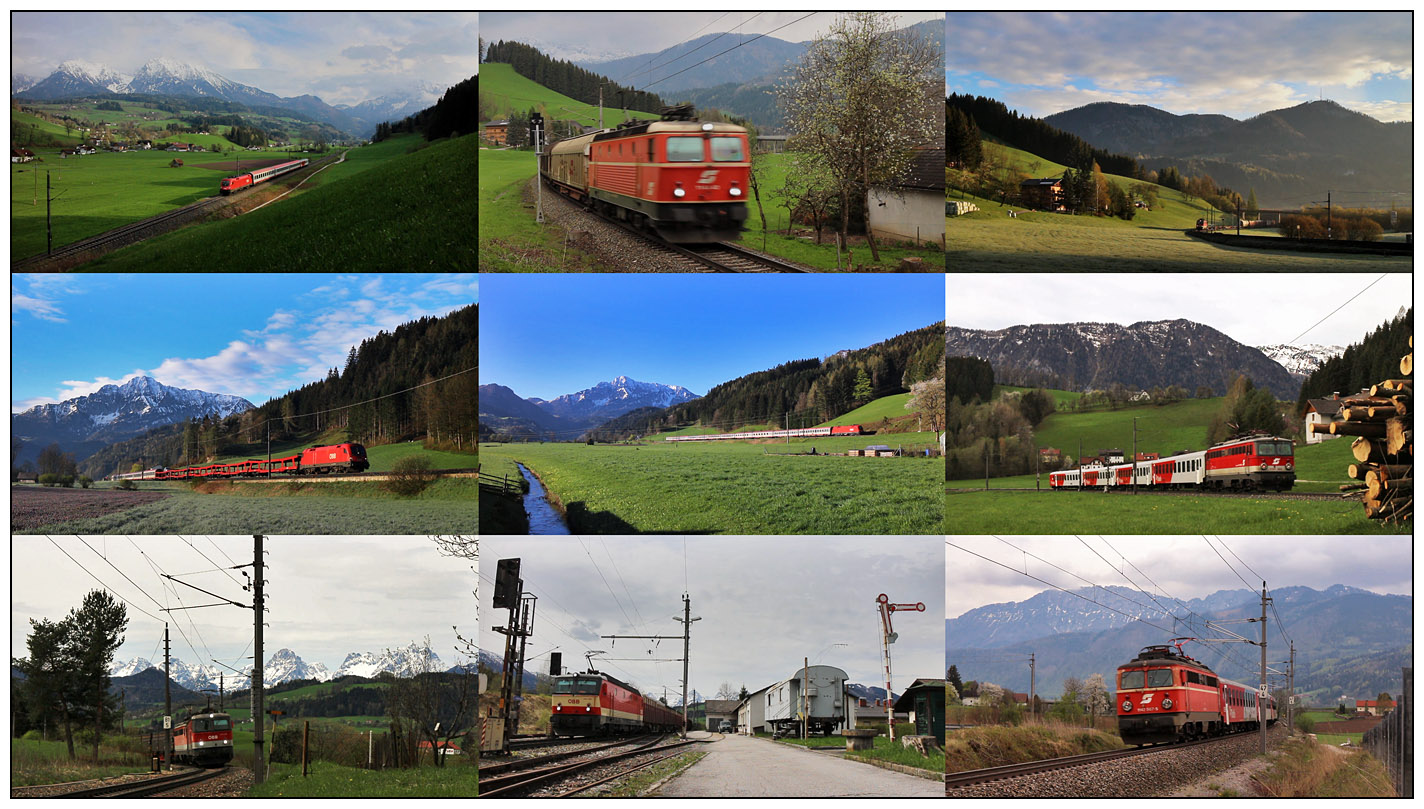