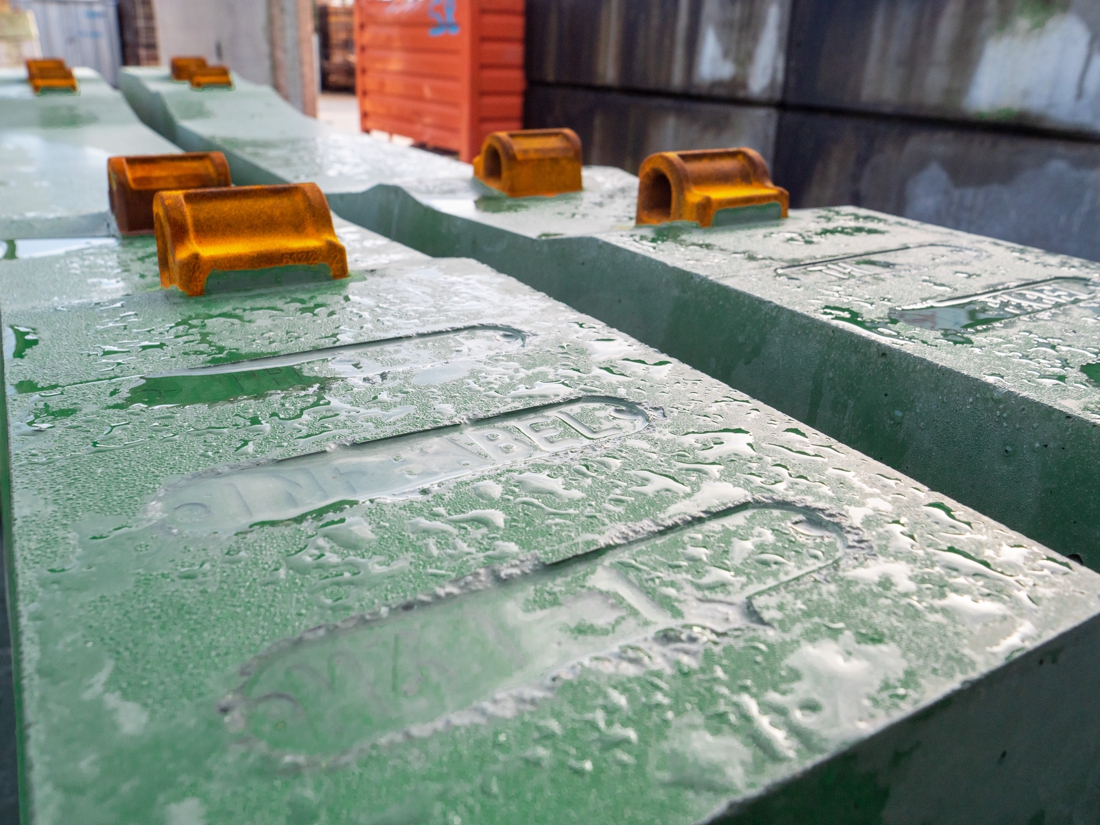 In Puurs, railway manager Infrabel laid the first examples of ‘green’ sleepers made of sulfur concrete on Saturday. Not only do they have a green color, their production is also green. The production process of the new sleepers emits 40 percent less CO2 than that of traditional concrete...
www.world-today-news.com

In Puurs, railway manager Infrabel laid the first examples of ‘green’ sleepers made of sulfur concrete on Saturday. Not only do they have a green color, their production is also green. The production process of the new sleepers emits 40 percent less CO2 than that of traditional concrete sleepers. In addition, the material is a waste product from the chemical industry and fully recyclable. Infrabel claims to be the first European rail infrastructure manager to make the sleepers of its network ‘green’. Where they were made of concrete with cement until now, that will be sulfur concrete for the next eight years, at 25,000 pieces per year. Production continues the Kempen company De Bonte, which has a patent on the process and is currently the only one to produce the ‘green ones’. In order to prevent nuisance due to production problems, Infrabel has to work with different suppliers. That does not mean that all troublemakers in our country will be so environmentally friendly in the future. ‘Rail is already the greenest means of transport, but it is now even greener’, says Federal Minister of Mobility Georges Gilkinet (Ecolo). ‘These sleepers are made from waste from the chemical industry and can be recycled indefinitely. The production emits less CO2, they are made in Belgium and they cost no more than other sleepers. This project is completely in line with what the government wants to do, because we have made very strong commitments in the field of climate ambitions. We want to reduce our CO2 emissions by 55 percent and this is a concrete means of doing that. ‘The sleepers have an average lifespan of 20 to 30 years, but they can then be recycled. According to Infrabel, the sulfur concrete is just as resistant to the high dynamic load of trains as traditional concrete. It would even be more resistant to wear and chemical attack, because it is less sensitive to infiltration of, for example, water. A disadvantage is that it has a lower fire resistance. It already melts at 140 degrees, which means that an application in, for example, residential construction is currently not possible. The same property means that less energy is required for its production.
Click to expand...

Interestingly, on the TV-news it was shown that this concrete can be melted in a pizza-oven...