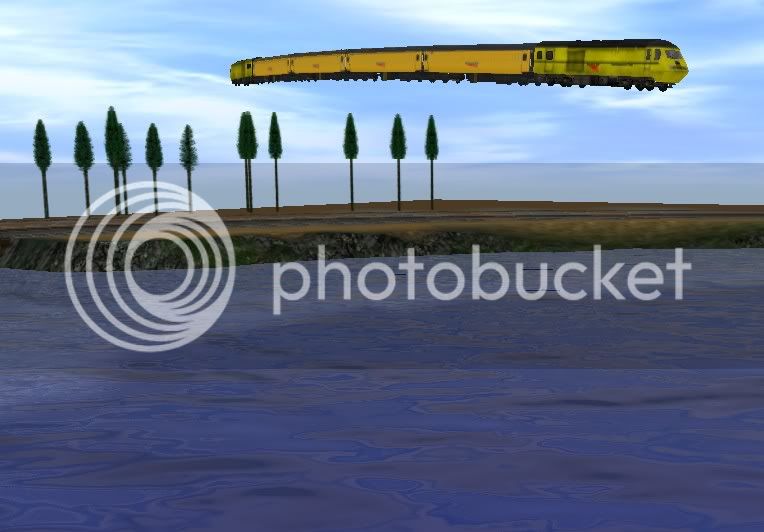 'Oh dear, the government's always on about cost cutting but this is ridiculous!'
C

ROFL! I'd have substituted that for a similar thing but saying instead 'Network Rail decide that Network Air have been putting wind up them for too long, so they retaliate'

Funnier in my eye because it makes use of an old-ish phrase, itself related to air itself.

or just as good, perhaps better whilst the song it parodies is still popular:

'What's that flying through the sky? It's the NMT, it's the NMT!'

My favourite one I've literally just thought of (about 10 seconds ago as I type this in the brackets):

'THIS is Sky. Bail here for Planet Earth. Please mind the VERY large gap between the train and the ground. This is a MY LORDZ! line train to Heaven via Stratosphere.'

Other options include parodying 'Shooting Star'.

The effects of crack cocaine when used as fuel

The return of the Flying Banana
D

Measurements revealed that the new flyover was a little too high.
B

The NMT reveals the rails have shifted around 15 Metres!

OMG someone is still using my powercar re-skins!
H