Firstly apologies if this is in the wrong part of the forum.

On the Gospel Oak to Barking line in north London, on an embankment retaining wall, there's a sign saying "Carnaby Street". I'm no dedicated follower of fashion but this is nowhere near Carnaby Street. 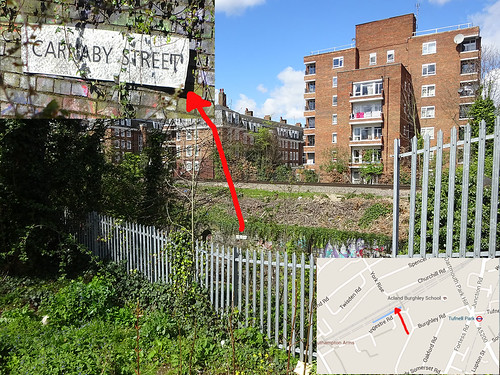 Anyone know anything about it? It looks like it could be official and seems to have been there for some time, but it's only held on by one nail. Could it be some sort of prank? The line is very difficult to get to. They were doing some work there on a bridge, so could it have been something from that? A prank perhaps? But would a prank come from official works? If it's a prank why wasn't it taken down when people were there?