I was wondering what the costs would be for reinstating the >3 mile Monument Lane to Harborne branch in Birmingham. The line lost its passenger service in November 1934 and closed to all traffic in November 1963. It was single track throughout (save for a passing loop at Rotton Park Road and sidings at this station, Hagley Road and Harborne).

Today the line is in use as a footpath. No stations survive and the cuttings and two overbridges at the Birmingham end of the line have been filled in and the underbridge that carried the line over the BCN canal has been partially removed. The embankment at the Harborne end of the branch and five overbridges survive in almost unmodified condition (apart from at Hagley Road) while the underbridge over Park Hill Road (arguably the best remaining structure) is sadly in poor condition. In addition, the station site at Harborne was redeveloped for housing. Therefore I can imagine that reinstating this line would be expensive (not forgetting the fact that there might not be enough stock available), but it would be interesting to see your thoughts and end up with a rough estimate, and whether or not it is worth doing (probably not due to the proximity of the cross city line and lack of capacity on the stour Valley line)


(Before anyone kicks off, I should state that I don't see this as a completely realistic proposal due to the aforementioned reasons.)
--- old post above --- --- new post below ---
Here's the underbridge that carried the line over Park Hill Road. The station site is on the left and off limits, while the footpath was extended over the bridge in 1994. 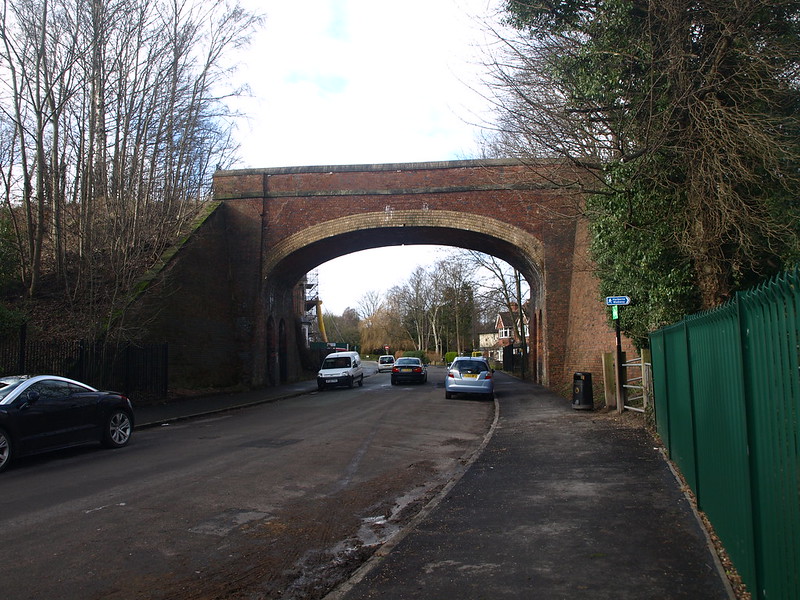 However, there are clear signs of sagging and bricks that have fallen out, which pretty much rule out this bridge being used to carry trains again (already an unlikely prospect)
Last edited: 9 Aug 2016