Hi everyone,
Its been a little while since I made any comment on the Forum and likewise, I haven't been BVE'ng much over the summer as there was always something else to be getting on with and enjoying some travelling. One little project I ahve done is putting togther a pictorial story of the Ex Ellon to Boddam branch line, or at least, what's left of it today. The Ex GNSR branch closed to passengers in 1937 and totally in 1945 and was dismantled between 1948 to 1950. Ellon was on the Fraserburgh and Peterhead branch that joined the Aberdeen-Inverness mainline at Dyce Jct. Boddom was a regular visting spot when I was a youngester and have happy memories of going there, but of course, by bus, but I remember crossing over or going under bridges and catching glimps' of the railway and some stations while the track was still there.

However, in 2002 I caught a bus to Hatton (midway on the branch) and walked as much of the trackbed as was possible and photographed anything of interest. I was was surprised at how much there was still to be seen, while some stretches have been completely ploughed over and levelled.

I understand that there are no pictures of stations, trains or locomotives, which is the usual to go with Forum chats but I have added links to some old photographs that I have scanned from books to help show what it looked like. You will find these links at the botton of the respective pages. There are eight pages altogether, with three of old photos. If you are interested check the site out at:

(You may have to copy the full address and paste it into the search engine as this editor appears to split the name up!

Back in August while in Aberdeen I managed to come across an EWS Class 67 shunting at Waterloo Goods Yard on a new service. The branch which ran from Kittybrewster to the Harbour has been little used for some years. Earlier this year EWS ran a Class 66 and 67 over the line, which obviously was a test run for this new service. It was nice to have seen a train actually working at the old terminal station. Waterloo was the original GNSR station from Aberdeen to Inverness before they built the present day station. The branch was originally a Canal from Aberdeen to Inverurie and the railway was built on much of the canal, although it diverted at numerous pionts, leaving some remains of the canal to be seen. If you have ever travelled over the mainline to Inverness, or at least, as far as Inverurie, you may have seen names still in use, such as Boat of Kintore and Port Elphinstone, which were loading and unloading points. Whatever, here are the photos I took of the Class 67 shunting at Waterloo and again later when the train was stabled at Aberdeen station by Guild Street Goods.

The wagons contain Calcium Sludge and two large storage tanks have been built for this purpose. I'm not sure where the train comes from but being a Clay sludge it could well be from Cornwall. 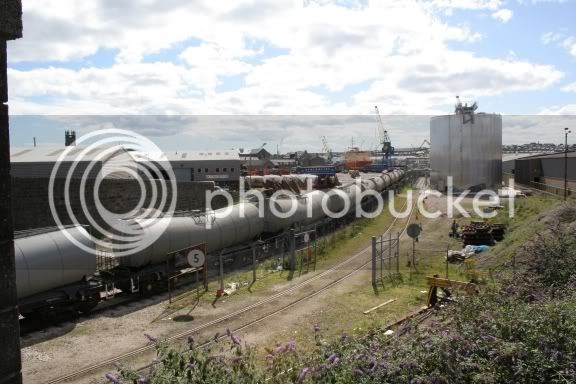 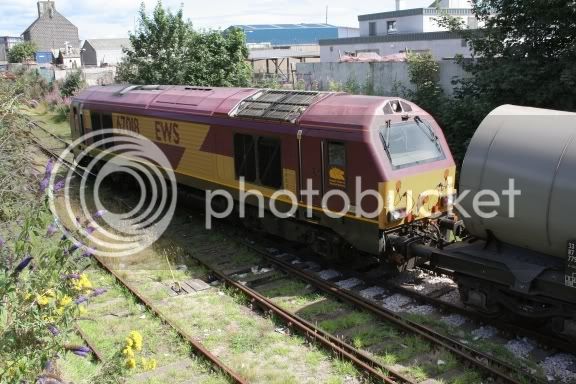 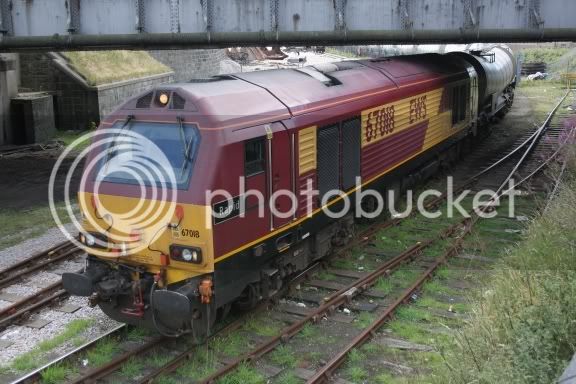 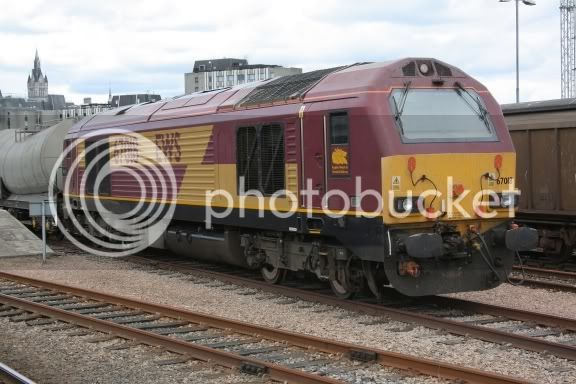 In regard to the old Canal a member of another Forum I am on has composed an interesting web site about it, which you may also enjoy discovering. Perhaps the nexrt time you are in Aberdeen or travelling through beyond Inverurie, both these web sites will give you something to look out for while passing through this area.

The web site is at: http://www.74simon.co.uk/aberdeenshirecanal/

As always a Fantastic Read.

Thank you and Well Done Bill.