Location
Near where the 3 ridings meet

Are Engineers / Designers working to a multitude or at least Double Standards in the construction of new Footbridges?

On bridges over roads and open to Pedestrian and Cycle traffic we have this style as recently installed in Hull. 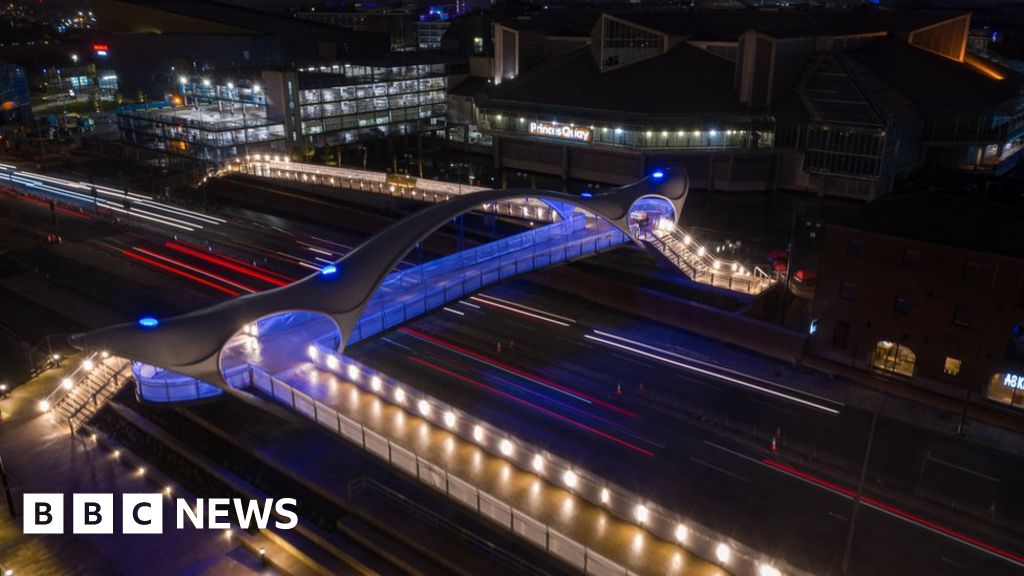 The bridge, named after Hull's first female GP, links the city centre to the marina and waterfront.
www.bbc.co.uk

A long-delayed £22m bridge linking Hull's city centre with its waterfront and marina has opened.
Known as Murdoch's Connection, after the city's first female GP, the crossing was due to be in place during Hull's stint as City of Culture 2017.
Work on the 197ft (60m) long structure started at the end of 2018 but construction was slowed by the coronavirus pandemic.
A local MP said it was a "beautiful landmark".
It allows pedestrians and cyclists to cross the busy A63 dual carriageway, and it is hope it will ease traffic congestion.
Project manager James Leeming said the bridge would "become synonymous with Hull", while Highways England boss Nick Harris said: "Everyone involved in this completing this engineering feat should be proud."
Click to expand...

While for the Rail side of things we have Cock Lane on the Werrington project.
R

£22 million for a Christing footbridge?!

From the pictures supplied, the design of the Hull version is somewhat different to the normal Networkrail version!

A footbridge near me was replaced by a foot crossing, much cheaper than a new bridge. Now the trains have to blow their horns when approaching. Not sure if that disturbs people dwelling nearby

LSWR Cavalier said:
A footbridge near me was replaced by a foot crossing, much cheaper than a new bridge. Now the trains have to blow their horns when approaching. Not sure if that disturbs people dwelling nearby
Click to expand...

That seems to go against the normal policy of removing at-grade crossings!