The Great Central Railway has announced another impromptu Gala weekend, this time with a dash of 1970's BR Southern Region!

Recently the resident 4-CIG EMU and Class 33 Locomotive operated succesfully in Push/Pull mode for the War Weekend, now the railway has decided to give over an entire weekend to the duo to slot in between timetabled trains, to give over 50 miles of haulage, or propellage each day.

The event will take place on Saturday 19th and Sunday 20th of August, and if succesful, it's very likely that a similar weekend may take place again! 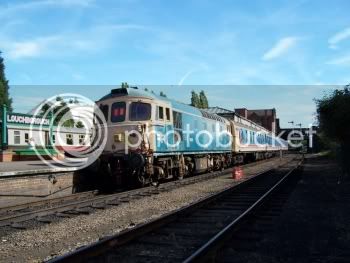 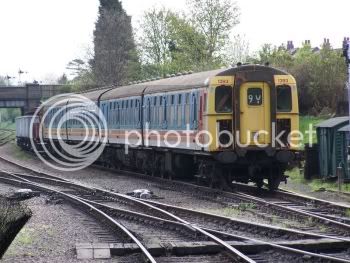 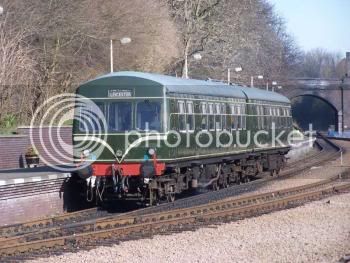 Up two two other Steam Locomotives, and one Diesel will also be running.

Fares will be the standard 'Cheap Day' fares, which are below;

The working timetable is available below.

Also a video of Push/Pull in action was taken by me a few weeks ago when it was undergoing testing and driver training. This is available here.

Another video is available here.
R

Pedantic mode now ... the slammer is actually in NSE / orange stripe which has been come to known as SWT livery.

Actually, to be pedantic Tom, it was adopted as the first issue of South West Trains livery and was revised once more (on the 442s) before being dropped all together! Although it was indeed Network SouthEast livery with an orange stripe!
G

I shall be attending. Anything for that wonderful CIG action!

I shan't - with any luck I should be on a beach in Zante!
C

AlexS said:
Actually, to be pedantic Tom, it was adopted as the first issue of South West Trains livery and was revised once more (on the 442s) before being dropped all together! Although it was indeed Network SouthEast livery with an orange stripe!
Click to expand...

Indeed - here is an image. I believe SWT adopted the modified livery it as the NSE livery could be easily (and cheaply) made to include the Stagecoach colours and not look out of place when coupled to NSE liveried stock.

I'm working the Saturday night, i might put in an appearance, but only if the CIG behaves and i don't have to rant at people about how simple it is to fix it!!

Looking good, should be up there myself hopefully.

Just a question for Slash really, how many members are currently involved in the restoration of the 4CIG?
T

Jamie said:
Poor old 1393 aint had much attention since she was at Fratton

Didn't get any attention at Fratton either!!!

TheSlash said:
Didn't get any attention at Fratton either!!!

That explains it then :P

Jamie said:
That explains it then :P
Click to expand...

Didnt look like it when I went for a snoop around it with some of the GCRN top bods, some of the toilets were missing, etc etc.

Though they were kind enough to put in some new fault reporting books.

The set doesnt get awfully dirty either, considering it's been sat out in the middle of nowhere for a good 8 months I'd say it looks pretty good on the outside!
G

I think the CIG now has something like 2 working toilets on it. Plumbing work is much needed on it.
T

Plumbing was always a problem even when the units were in full service with SWT. I could tell you a few stories about the toilets on the old slammers, but not publicly on RailUK.
139x had six toilets owing to the extra two on the CEP TSO
C

Jamie said:
some of the toilets were missing
Click to expand...

That'll be from it's mainline days

Coxster said:
That'll be from it's mainline days

The swines! Thankfully there were no presents left in any of the toilets remaining in the train!