I then got onto a TPE 158 as far as Barnetby passing through Scunthorpe were there was a few 60's and 66's kicking about.

60057 on one of the ores with still the coal sector livery.

Just a few pics of the many freights that passed through Barnetby.

It was a good hour late.

Then (Thanks to Jordy's parents) went to Ulceby on the doorstep of Immigham to see the Lincolnshire Poacher again. The first thing we saw was Harry Potter! It was to late we couldnt go back

Then the 33 in charge this time

Then it was time for the 1820 service to Harborough and then catch the 18:45 service to Doncaster.

Thanks to Jordy and Harry Potter as well as the Jordsters parents.

My best photo has to be this ( 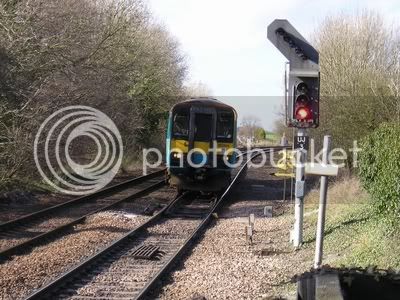 Careful! Your going to derail it

My best photo has to be this (

Careful! Your going to derail it

Sure it's not a pacer in disquise

Brilliant shots there the pair of you, well done
C

That 153 looks like it is travelling more than 25mph! - see what you mean!