Hi guys,
I think it's time for an update on the Jubilee. As you will now know, a Christmas release isn't going to happen. If you've not seen the notice on the website, a release is more likely to be in late January or early February.

Over the last few months or so, I believe Chris has been updating the line between Westminster and North Greenwich. He has fully completed all stations along the route as far as London Bridge, and is working on Bermondsey at the moment. 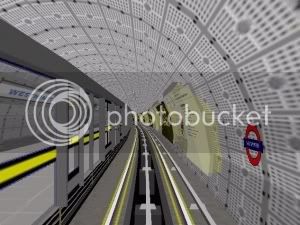 Meanwhile, Dan took it upon himself to make a start on Swiss Cottage and St. John's Wood stations, texturing them with fully photographic textures. I'm lead to believe Swiss Cottage and St. John's Wood stations will be 90% photographic! The two stations (once fully modeled and completed) will be implemented into the route by myself, who will code the in-between-stations bits between Swiss Cottage and Baker Street.
In a recent trip to London, Dan managed to get some more textures for Baker Street, Bond Street and Green Park, so these will also be updated with new photographic textures.

The 1996TS has had little progress over the last couple of weeks, because the .dll has been sent away for work, and Dan is still waiting for it to be finished. Once this is completed and sent back to Dan, the train will be complete.

At the same time, I started the section between North Greenwich and Canning Town - in my opinion, Canning Town is the most difficult station to model, with the DLR bridges above creating big problems with modeling.
The tunnel section after North Greenwich wants extending as its too short, which will be left up to Chris. I have now completed Canning Town, complete with the North London Line to the right and DLR above. The station is made up of all brand new objects, custom made for Canning Town, as well as curved platforms and photographic textures. 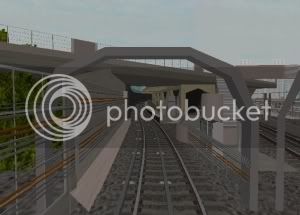 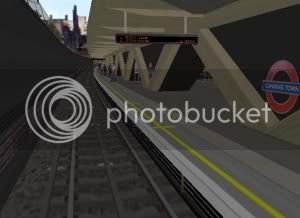 DLR crosses above, heading to Poplar 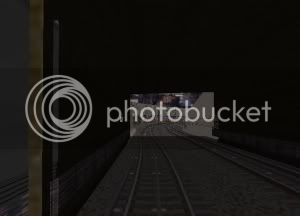 While Dan was in London, he also took many pictures of West Ham, so I made a start on that too today. 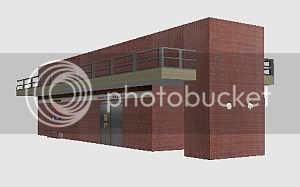 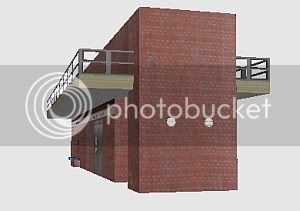 An update will follow, when more progress is made.
R

Wonderful! You've managed to do a difficult section excellently!!

Thank you for your comments. I tried to get it as good as possible, and hopefully it is accurate.

I must take this time to thank Chris for some of the Canning Town objects, particularly the forms and the triangular form structure, form walls and cable racks which are superb. All other objects are custom made by myself.

Great route, canning town looks a little too yellow but looks like it's going to become a BVE classic.
C

Looks good guys. I hope you will have NLL services running over the Woolwich line still!
D

Blimey-No wonder it's taking so long

Hmmm... Weird, that link you got nath, when I click on it it says sorry, no can do.

Can someone try the link and see if the same problem persists for them?


Cheers, Everything looks fantastic! I'm a big fan of the jubilee line, keep up the good work.

Thanks for the comments again!

The two screenies I included (one of Chris' and one of Dan's) were sent to me over MSN, and are the only ones I have, so don't think I'm being biased by showing off my work at Canning Town, and not showing their hard work.

Another note for you all is that the route will feature fully working Jubilee signaling, which will be custom made by Chris I believe.
It will also have announcements at all stations, as well as ambient sounds at some stations (eg: trains arriving/leaving in the background etc).
The 96TS will feature a special feature never seen before in a UK train, in that it will be capable of playing many auto-announcers.
M

Jubilee191 said:
Hmmm... Weird, that link you got nath, when I click on it it says sorry, no can do.

Can someone try the link and see if the same problem persists for them?
Click to expand...


Have tried, and get the same problem
J

Due to the way BVE is coded, this is impossible. All the trains you see etc, are objects, and thus can't move.

This should be a fantastic route though, keep it up Rich

really looking forward to this!

Very impressive, I must say.
Looking forward to the release!

with the canning town thing it should look more this colour:

In the screenshots of Canning Town, aren't the zig zags a bit too ... woody instead of concreaty?

Yet_another_BVE_maniac said:
In the screenshots of Canning Town, aren't the zig zags a bit too ... woody instead of concreaty?
Click to expand...

yes thats the point I was tring to say, not sure if wood would do the job there quite the same as concreate.
Y

I think that the texture's the only thing to change but maybe to add effect, it might be possible to add directional lighting towards the "zig zags".

I went to Canning Town on Saturday, and got some more pictures for both textures and reference. I'll see what I can do about the concrete, should be able to get it a bit better.

Here is the new concrete texture - looks a lot better don't you think?

how is the train going on? Last time we had a video of it, all the sounds were jerky and weren't even blending in to the 1995 sounds put there. Can you say this has improved and sounds like the actual train in reality?

yes i agree that concreate would do the job far better than wood :happy3:
C

Although I didn't previously mention the colour, I think it looks a lot more realistic now, Rich.
D

Blimey. Out for a night at in the second pic

Liam said:
Blimey. Out for a night at in the second pic


No - shes on her way back home to Essex.