Everyday I pass Lillie Bridge Depot on the Way Home
Once, I saw an LUL Tamper on a Loader thingy
This is what I saw on 31.05.06 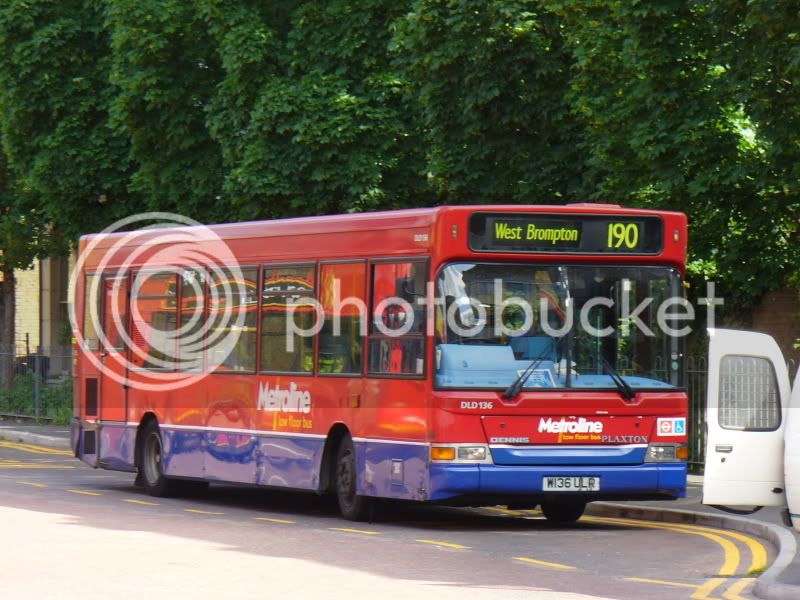 Not something I see everyday

Armchair (the operator of the 190) has, since last year, been part of the Metroline group. Thus Metroline can move some buses down to the Armchair depot in Brentford should there be a shortage of buses.

Which at the moment there is, as route 493 is now being operated by Armchair- albeit temporarily as London Buses stripped Centra of the 493 route last month.

However Armchair did not have enough of its own Darts to go round, so some Metroline liveried Darts have been shuffled about from other depots (namely Edgware) and have even hired some London United Darts in order to operate the 493.

Even before this, a Metroline liveried bus has been at Brentford depot now for some months and that is DLM151 which can normally be found on the E8.
J