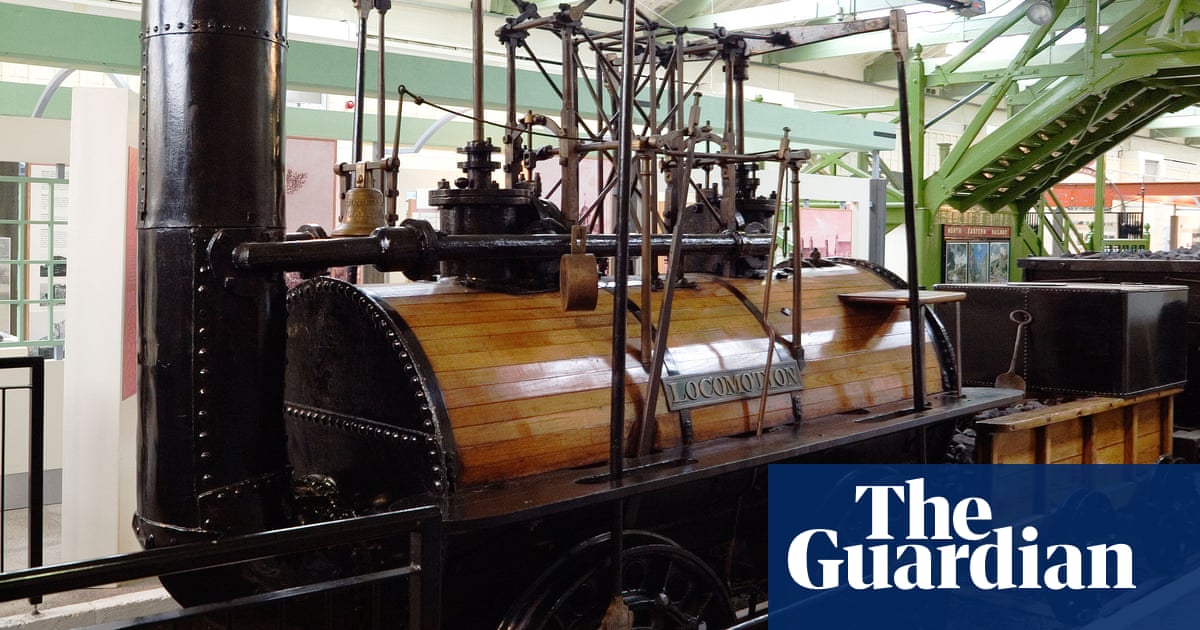 Darlington council wants Locomotion No 1 to stay in the town’s Head of Steam Museum but the National Railway Museum (NRM), which owns the locomotive, wants to move it 10 miles away to Locomotion, its museum in Shildon.

Peter Gibson, the MP for Darlington, said: “This is not a dispute over the legal ownership. It’s about the location and presentation of the train. Locomotion No 1 is central to Darlington’s cultural identity. It features on the town’s coat of arms and on the badges of our football and rugby clubs, and moving it to a shed in Shildon would certainly damage our standing within the story of British locomotion.”
Click to expand...

Looks like an unusual case of the NRM not wanting to dispose of an item, according this press report....

It’s not as if the NRM are short of stock. If the Head of Steam museum is seen to be looking after their No 1 attraction responsibly then why shouldn’t it stay there? I sense echoes of the Elgin Marbles debate here
E

Well, they're certainly looking after it well enough at the Head of Steam Museum, so I think that it's appropriate that it stays there.
T

Who owned it all those years when it was displayed across the end of the southern bay platforms at Darlington station?

Now I must admit I've never heard of the Head of Steam Museum before. After a brief shufty of their website, it seems to me that Locomotion is a very important exhibit in their setup. It would be a great loss to them if it were removed.

On the other hand, the NRM (or whatever it calls itself now) at Shildon has plenty of exhibits there already. Yes, it would doubtless add to their narrative, but I feel that the NRM has plenty of other artefacts it could (and should) display, rather than spending time and energy fighting over this one engine
E

This is an abridged extract from Mr W Pedia's publication:
"In 1856, Joseph Pease and his family spent £50 to restore Locomotion No. 1; it was one of the first locomotives to be restored for preservation. It had remained on the books of the S&DR Company. ^

On 6th June 1857, a ceremony of laying the foundation for a pedestal on which to erect Locomotion No. 1 took place (presumably not at the station - see below).

Between 1857 and the 1880s, it was usually on the pedestal display at Alfred Kitching's workshop near the Hopetown Carriage Works. It was on exhibition in Philadelphia in 1876, Newcastle in 1881, Chicago in 1883, Liverpool in 1886, Newcastle in 1887, Paris in 1889, Edinburgh in 1890. Locomotion No.1 was steamed for the Stockton and Darlington Railway's Golden Jubilee in September 1875, as well as to participate in a procession of locomotives at the George Stephenson Centenary, in June 1881. Locomotion always returned to its static display in Darlington, the headquarters of the Stockton and Darlington Railway Company. ^

From 1892 to 1975, Locomotion was on static display along with Derwent, another early locomotive, on one of the platforms overlooking the S&DR line to Saltburn-by-the-Sea at Darlington's main station Bank Top. During 1924, it was cosmetically restored. During the Second World War, it was temporarily relocated [at Stanhope] due to the threat of bombing.

The locomotive is now on display at Head of Steam, in the same building as Darlington's North Road Station, on long-term loan from the National Railway Museum, and is part of the National Collection, although it has remained in Darlington for 163 years [to 2020.]

The original locomotive is too fragile to return to steam, so a working replica was built in 1975, and is resident at Beamish Museum. (Not now!)"

^ the article says that a citation is needed for these items

I've bolded certain items. From this, it looks as if it's the responsibility now of the NRM, but previously of the S&DR - was it taken over by the LNER and then BR?

Taunton said:
Who owned it all those years when it was displayed across the end of the southern bay platforms at Darlington station?
Click to expand...

Yes, as per other post - assume it went to LNER, then BR historic vehicle collection, which then all got passed to science museum / NRM.