45 Years Old Unit EN57 gets Modernised and Refurbished
The Unit EN57 can be found in every major Town in Poland operating Suburban Services
The EN57 units operating in Warsaw by the Region Operator responsible for Suburban Services "Koleje Mazowieckie" KM has refurbished the Trains internally and changed the seating, the exterior of the Train had received anti-vandal paint (as a lot of these units get badly scribbled by idiots using their crayons they probably got for their birthday), the windows has anti-etching foil and the front of the train has a LED Destination Screen 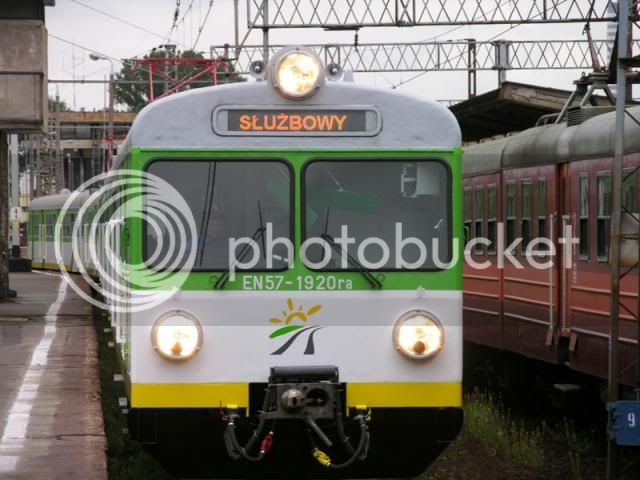 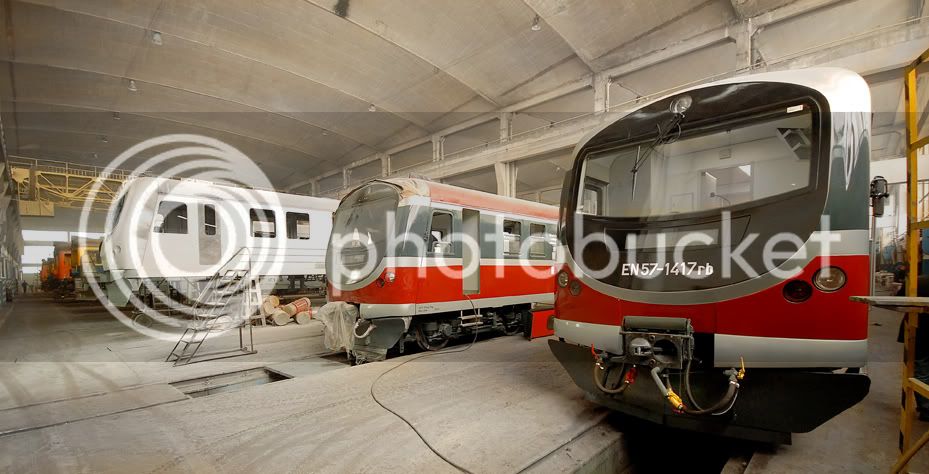 As you can see, this train is based on the 14WE series

I'm impressed by quite how radical the modernisation of the EN57s is. They look like new trains; it is surprising to me that this option was chosen instead of replacing the fleet.
C