Round versus Oval Buffers

I’ve been thinking about this today- what advantages do oval buffers on locomotives have over round ones, or vice versa? All the Class 37s were originally fitted with round buffers but we’re progressively retro-fitted with oval ones in the 70s and 80s (all the refurbished 37s had oval buffers fitted, while most of the non-refurbished 37/0s and 37/3s were also fitted; only a few of these ended their days with round buffers). I seem to think a few 47s used on freight workings were also fitted with oval buffers in the 90s. What was the reason for this?

Interestingly the pilot-scheme Class 26s all had oval buffers, the production examples round. What was the reason for this?
R

I would hazard a guess it has something to do with the risks of buffer-locking in shunting moves, which having a wider buffer (ie. oval) presumably can help mitigate. Class 68s seem to have almost rectangular buffers for example.

Yes, wide rectangular buffers has been the standard on the continent for some time now - the series 152 locomotives as shown below entered service in 1996: 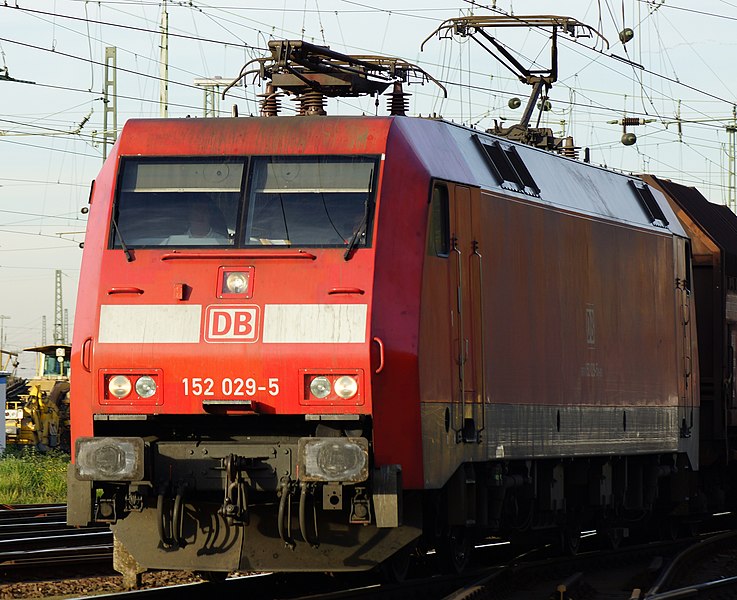 Aren’t most frame mounted, so presumably depends upon length of the frame and how near the ends the bogie pivot points are. The other important consideration must be minimum curve radius as the buffers need to be wide enough to ensure don’t lock on curves.

I believe the round buffers are meant for working with carriages, as the Class 91's blunt end had them, while the front had oval buffers

Doomotron said:
I believe the round buffers are meant for working with carriages, as the Class 91's blunt end had them, while the front had oval buffers
Click to expand...

Assuming you mean Class 41? Never noticed that difference before!
C

Ha ok, that seems to be the same anyway?
D

Doomotron said:
I believe the round buffers are meant for working with carriages, as the Class 91's blunt end had them, while the front had oval buffers
Click to expand...

Think those rotate and retract? Same as the GA 90s had.
J

jopsuk said:
the sources I've seen are that both ends on the 91 had retractable buffers- with the squared off ones on the front being "vertical" when retracted
Click to expand...

If they have drop-head buckeye couplers then they will be retractable - they have to be.

The LNER had round buffers with part of the top missing on some coaches.