A past thread about alternative help out schemes is locked so have started this one on this proposal for helping out small independent shops: 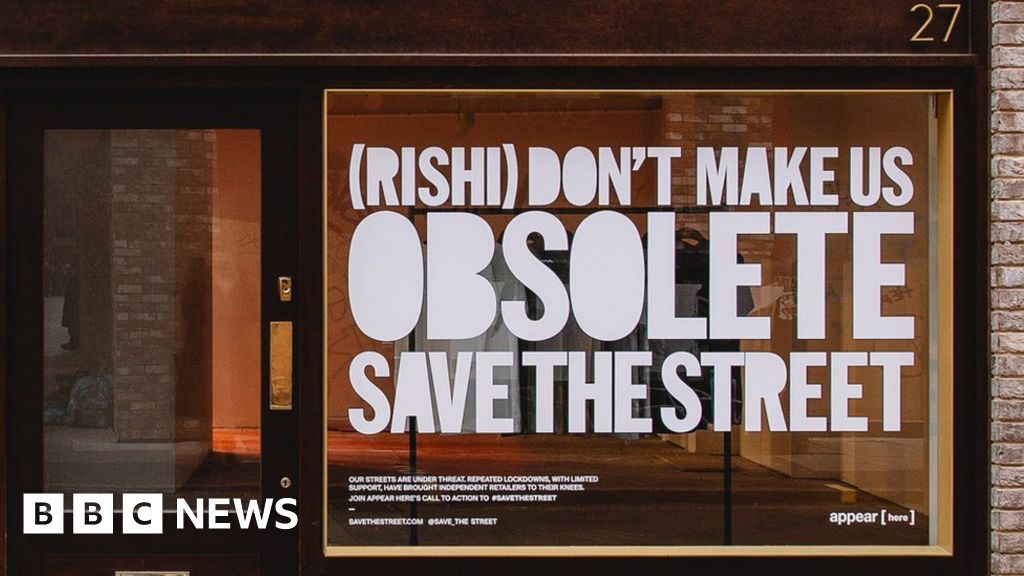 Retail veterans say the government must do more to help independent shops survive as lockdown is eased.
www.bbc.co.uk

A group of big names in fashion and retail are campaigning for the government to provide more support for small independent shops.

They want the chancellor to offer a "Shop Out to Help Out" scheme to get consumers spending again when non-essential shops reopen on 12 April.

And it would only apply at physical stores with fewer than 10 staff.

The "Save The Street" campaign says independent retailers won't survive without it. The Treasury did not comment on whether it would pursue the idea, but said it had protected "millions" of retail jobs during the pandemic.

The proposed scheme - which would be similar to the government's Eat Out to Help Out restaurant discount last year - is backed by the likes of beauty entrepreneur Charlotte Tilbury, fashion designer Henry Holland and retail consultant Mary Portas.

"We would be kidding ourselves to think that everything will be fine for independent retailers once they reopen on 12 April," says Ross Bailey, the entrepreneur leading the campaign.

"Now it is the government's responsibility to support these businesses and ensure they are given a fighting chance to bounce back - the government needs to show that all businesses matter, not just big businesses."
Click to expand...

In principle I agree with the scheme, but as someone against consumerism, I think what is needed is for its use to be encouraged towards buying high quality products that are relatively long lasting (hopefully more likely through independent shops), and not low quality tat that has to be replaced regularly and is thus bad for environment.
R

The British public are very fickle. Last summer, Eat Out to Help Out seemed very popular and came in for a lot of praise. Then the public seems to have been convinced it accounted for the increase in cases come October, seemingly ignoring that the policy had been in place for months and cases didn't rise then. Now I hear it dubbed "eat out to spread it" and such like.

The biggest thing to encourage me back into shops is getting rid of the mask requirement. As it is, I have only been in supermarkets and convenience stores in the last year, buying everything else online. Previously I wouldn't have considered buying clothes or shoes online, for example but have been doing that now.

I agree about hopefully not buying tat. Unfortunately, only going up to £10 suggests it's cheap tat that it's aimed at.
A

I was going to say the same, “Eat out to help out” is often added to ‘lists’ of what the government has done wrong, so I can’t imagine anything similar ever being proposed, either Shop Out, Travel Out or whatever