Is the 15 from Stirling from Perth via Creiff running the full route? Cant tell if its split from timetable
R

overthewater said:
Yet here is the problem with that complaint, the no23 is dead and not very busy. Worse still Fife council operate 2 service each hourly on top of the No23. I bet there were happy with these services being introduce, not caring it would have an impact on passengers numbers on the 23.

Strathmiglo still has a bus every hour to St andrews, Mucty has 2 buses an hour to St Andrews, No23 is Not and has never been well timed for anyone to use to get to their work before 9am in Stirling. The no23 doesn't make any sense nowadays, Cupar to St Andrews has 4 buses an hour. Maybe Rennies could operate 2 hourly service from Kinross to Stirling while N066 could extend from Burnside to kinross?
Click to expand...

Extend the 66 through to Kinross? Moffats will be cheaper than Stagecoach
O

Gareth1980 said:
Extend the 66 through to Kinross? Moffats will be cheaper than Stagecoach
Click to expand...

What do you mean?
G

Some still run as 15A from Perth right the way through to Stirling.
O

Cuts keep on coming as nearly all travel shops within East Scotland will not reopen. ( Dundee and Arbroath, are also gone) 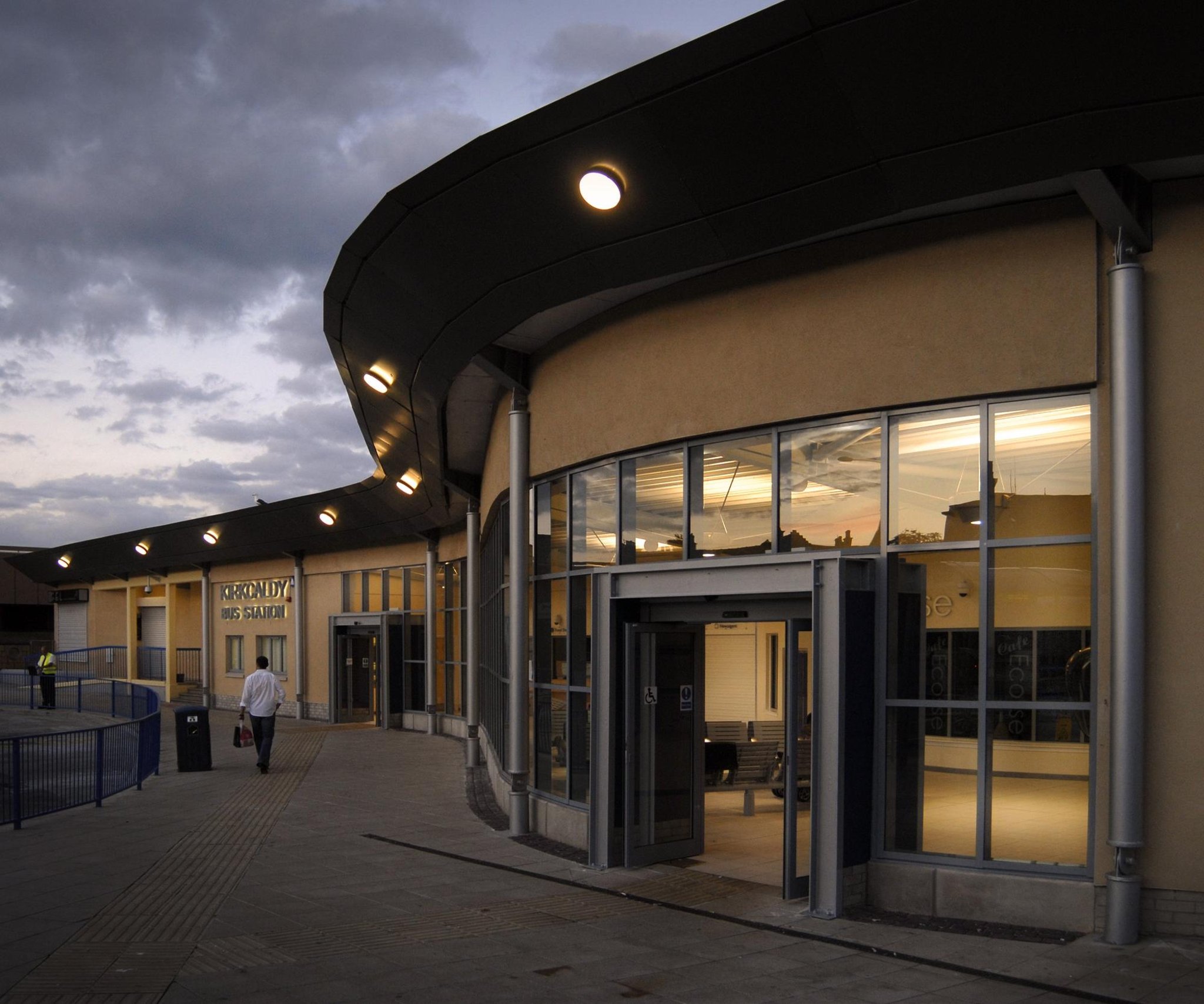 Cost cutting measure a week after staff warned of redundancies

From the latest fleetcard (I mentioned some of these a few weeks ago). Period 4 movements, in order of depot out:

The operators of one of the few remaining bus services to still have conductors, or clippies, have announced they will not return.

Union bosses say 31 workers are at risk of redundancy after Stagecoach East Scotland confirmed the decision for its number 73 route, which travels between Arbroath and Ninewells Hospital, blaming the impact of the Covid-19 outbreak.

It is understood the route was one of the only remaining bus services outside of London still to run with its own dedicated conductor, almost 40 years after most other bus services turned to being staffed only by a driver.
Click to expand...

Sad, but predictable in the current climate. The problem is that the conductors were one of the things that made the route popular with passengers, and kept it moving at a reasonable speed. The 73 was already in decline, but this, combined with the proposed cut from six off peak journeys an hour to four on the main section, might well drive even more people off the route. On top of that, the 31 lost jobs are based in Arbroath, not exactly a hotspot for employment opportunities.
R

Confirmed changes for 28 September have been announced. All in all not many changes from the current service.

We're making some changes to our services in Fife from Monday 28th September, following consultation with you, our staff and local authorities.

A full list of changes, along with links to the new timetables from 28th September, can be found below:

Service 6
This service will continue to operate as per the current timetable until further notice.

Service 23
This service has now been permanently withdrawn due to low usage.

Service 92
This service has now been permanently withdrawn due to low usage.

Service 97A
The Monday to Friday schoolday journey from Leven bus station at 1445 will now depart 5 minutes earlier at 1440.

Service X27
The Saturday journey from Kirkcaldy bus station at 1835 has been withdrawn due to low usage.

Service X55
We are withdrawing some Monday to Friday journeys due to low usage. These are:
Any feedback received on other services is still being evaluated, however we're not making changes to any other services at the moment.
Click to expand...

It should be pointed out most of the change the company really wanted to make already took place back on 3rd of August. No23 was replaced by First X53 on the non fife side, No8 no longer goes to Falkirk, X24 no longer goes to Glasgow Airport, perth No7 was cut to every 15mins,
R

A B9R Elite has been repainted into Stagecoach Stripes.

Tomorrow marks the 40th anniversary of Stagecoach proudly serving our local communities. As well as a full day of throwbacks on social media, make sure you look out for something extra special hitting the roads... 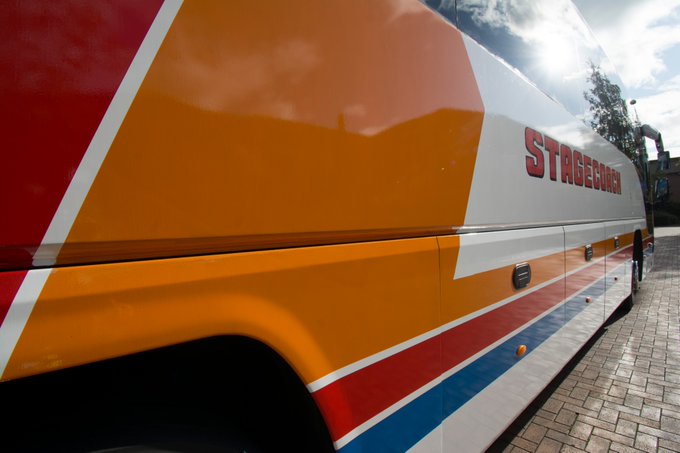 For anyone wanting to find it, I believe it's due to be allocated to the X56 (Perth-Edinburgh) tomorrow

And Here it is (not my photo, copyright to the photographer) 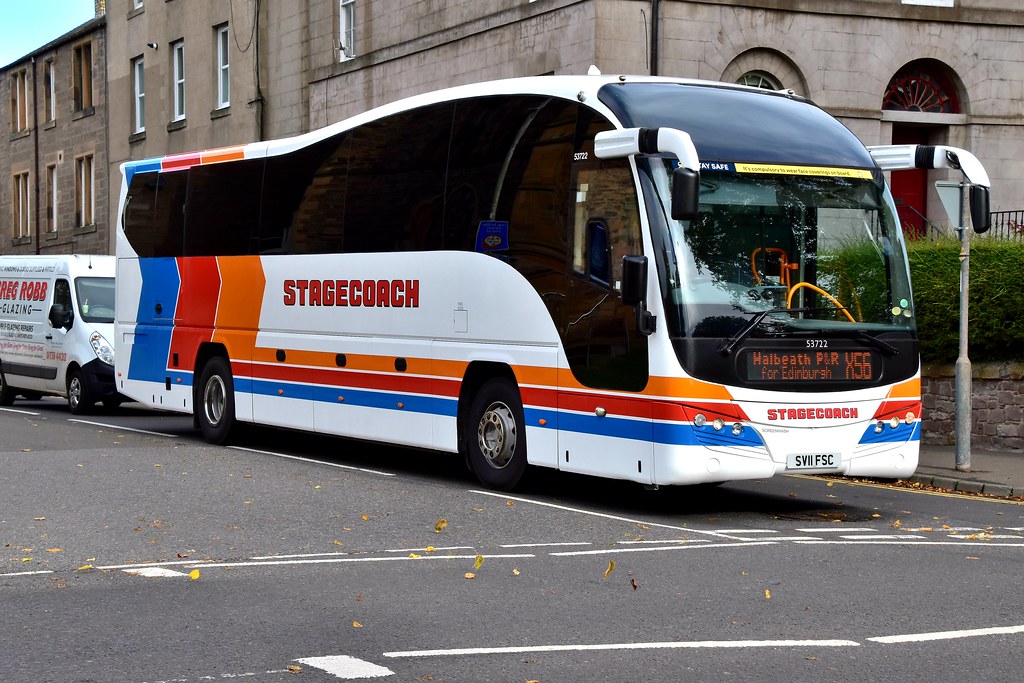 It would be remiss of us not to wish Stagecoach a happy 40th birthday. East Scotland, and Perth in particular, was where it all started for Stagecoach back in 1980 and few people could have predicted back then that this small operator would one day grow into an industry giant. Yet it has done exactly that and is one of the bus industry's ultimate success stories, thanks to the part played by Sir Brian Souter who was at the helm for many years.

I'm sure that I speak for us all when I say "Happy 40th birthday, Stagecoach".

ClydeCoaster said:
And Here it is (not my photo, copyright to the photographer)

Now, that is class. I liked that livery, though I understand that many folk didn't, as it replaced many established ones whenever Stagecoach bought a company. But there's no doubt that the white and stripes livery was unmistakable and instantly recognisable, as well as suiting every vehicle which carried it from Routemasters to minibuses. It also aged well and still looked as fresh in 2001, when it was replaced by the "beachball" livery, as it had done 20 years earlier...

54233 is now out in service in the new school bus Stagecoach Distance livery. Similarly, 47947 is now painted in the Stagecoach Local livery.

A Stagecoach vehicle had a thermal incident on the Kinglassie to Glenrothes road today, and I believe it was 19151.

Not having much luck with the Ex Newcastle stuff
J

AndrewTaylor95 said:
Not having much luck with the Ex Newcastle stuff
Click to expand...

In fairness 19151 has been at EScot for a few years now. 19212 which went boom at Bluebird back in July had literally just moved. 19213 and the other 1921x E400s at Highlands actually are quite good now that they've settled in, far better than the native examples at least. That being said few batches of buses could be as awful as 19369-78...
O

From today 747 service has been cut back to hourly, with no night time service, The service will also move stanes at Halbeath to allow more room for the Amazon contracts at stance 5

From Monday 16th November, we're making some changes to the timetable to our Edinburgh Airport service, JET747.
The service will now run hourly to reflect the demand we're currently seeing for journeys to/from the Airport.

We're also extending the service so all journeys run to/from Dunfermline bus station, to allow for extra journeys along Halbeath Road in Dunfermline.

Finally, the service will now depart from stance 3 at Halbeath P&R.
Click to expand...

In other news the company has been awarded the "Public Transport Operator of the Year" at the 2020 virtual Scottish Transport Awards Summit. 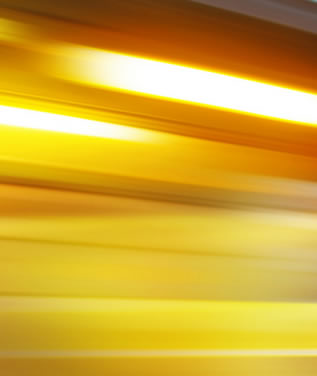 The Scottish Transport Awards looked a little different in 2020. Instead of being announced in the company of 450+ industry professionals to the Crowne Plaza Hotel in Glasgow in June, as originally planned, the award winners were announced in a video that was played during the virtual Scottish...

The 747 doesn't change until 16 November it seems. I could have sworn it said the 9th on their website last week!
O

RomeoCharlie71 said:
The 747 doesn't change until 16 November it seems. I could have sworn it said the 9th on their website last week!
Click to expand...

Your not mistaken, it was supposed to change today. The only possible explanation is the Traffic commissioner (TC) refused the request for such a short notice period.

It would seem the TC are starting to tighten the rules once again.
J

Any indication if any of the surplus new Plaxton Panorama coaches from the Oxford Tube order will be coming up here?
J

J Burns said:
Any indication if any of the surplus new Plaxton Panorama coaches from the Oxford Tube order will be coming up here?
Click to expand...

They're meant to be for West Scotland to displace the Megabus branded Astromegas which will be going to Perth replacing the Panthers.
O

Where are all the Astro going to? is it megabus work?
G

Has Hybrid 13113 been in service in Perth yet after getting transferred from Strathtay?
R

GaryMcEwan said:
Has Hybrid 13113 been in service in Perth yet after getting transferred from Strathtay?
Click to expand...

No, it does the same school diagram every day with the same driver to save type-training on the non-standard type.