A goods train transporting petrol has burst into flames after colliding with a lorry at a level crossing in the US state of Texas, police say.
Footage of the incident in the city of Cameron, in Milam County, showed thick black smoke streaming across the sky.
Nearby homes had to be evacuated and at least one property was destroyed by fire, police said.
The vehicle's driver and the people on board the train escaped unharmed and no injuries have been reported.
Click to expand...

It's amazing there were no injuries...
Further on it says:

[The local sheriff] Mr White said the train had been carrying "some hazardous material" in trucks near the back
Click to expand...

If petrol isn't a "hazardous material", what is?
R

Some pretty scary footage on this news report: 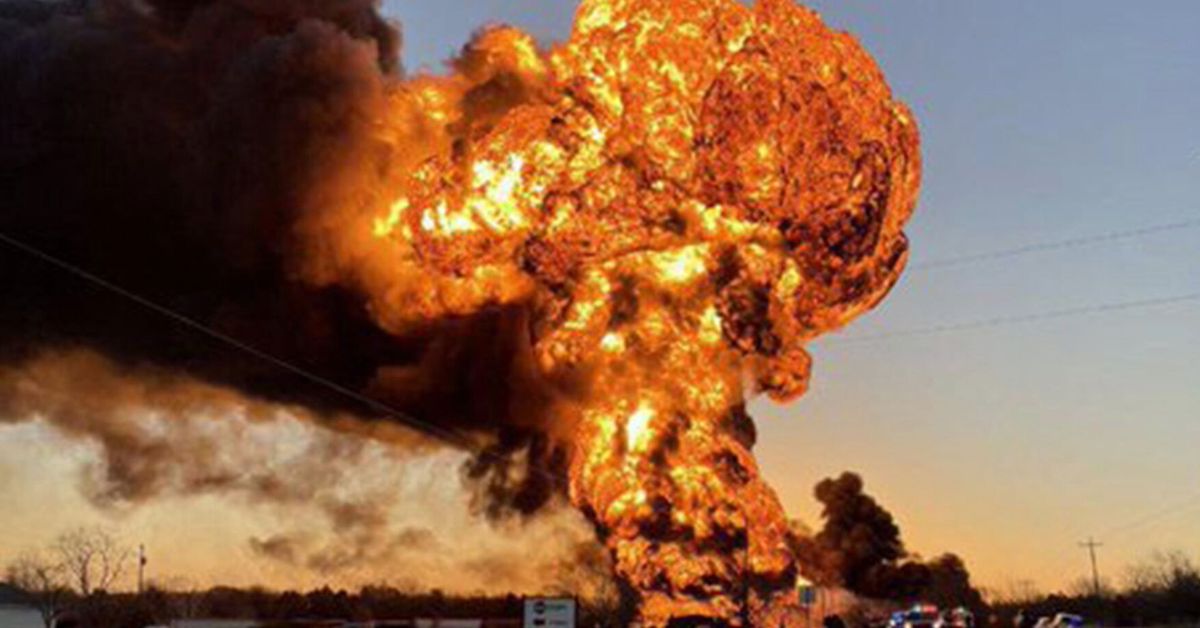 Adlington said:
Further on it says:

If petrol isn't a "hazardous material", what is?
Click to expand...

I don't understand what you are asking. They said it had some hazardous material, where have they stated petrol isn't?
A

Milam County Sheriff Chris White said the train was carrying coal and gasoline, which caused the large fire.
He said the back of the train contained hazardous material but it did not spill.
Click to expand...

but they might have meant either "other hazardous materials..." or the "gasoline, which caused the large fire. He said the back of the train contained [the] hazardous material but it did not spill." [i.e. leak and spread - it just burnt.]
I thought the profession of journalism required them to be able to impart informattion concisely and unambiguously. Mostly they seem incapable, more's the pity.