I arrived nice and early in the morning at 9am, so I had just over an hour till my first train was due to depart, so I had a chat with another Ticket Inspector, and Nick, who was working on the platform.

The station was already pretty busy, and the 9.15 service to Le Birstall (Leicester North) was pretty busy, more than usual, cause it's normally empty, then came 10.00 when I was due to work the 10.00 to Le Birstall, so I hopped on with my Trainer, and off we went collecting fares that hadnt been taken, and clipping tickets, we had a fairly easy run, although it was busy, hot, sweaty and sticky.

We then had the second run of the day, and it wasnt too busy, but it was busier than before, I counted 150 on the way up, at Le Birstall we helped Marlene Deitrech unload her equipment for her act that she would be performing at 11.30, and we then went on our merry way back to Loughborough, a little less busy at about 90.

On our third trip up, it was packed, literally, people were standing anywhere they could, and I squeezed my way past to clip my tickets, helped by the buckets of sweat that had come from me, I really should by a Wetsuit that looks like my uniform to soak it all up, as it turns the Coaches into a Swimming Pool (literally).

We had 157 people onboard by the time we got to Rothley, about 230 after Rothley, they were all heading up to Le Birstall to see the Resistance battle with the German Occupiers of the station, Marlene Deitrech got back on the train, and we left just as the first gunshots were being fired, so we didnt get to see that battle.

We were not at all busy leaving Leicester, we had barely 50 people on board, so as soon as we were back at Loughborough we had a nice little break, before the crowds boarded the 14.15 service for Le Birstall, this was the train to get on to get to the Battle at Rothley, we were not too busy, but we had over 250 people on board to get to Rothley.

So at Rothley, we hopped off the train, and it left (practically empty) to Le Birstall.

So the battle, and now the good part, photographs.

Here the British are arriving to collect something that fell from the sky (it was just placed there, but it's an illusion, just like the modern cars in the background) 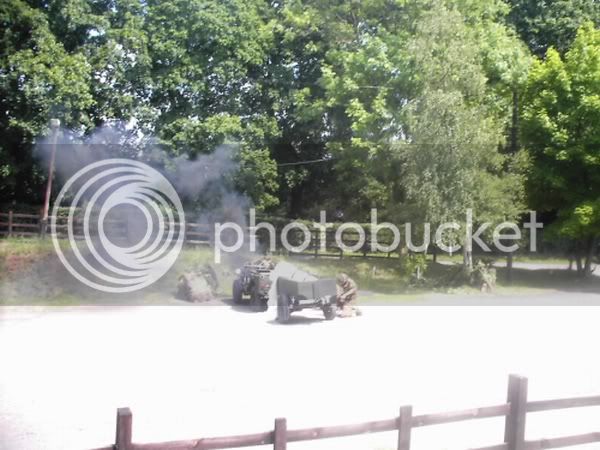 Aye up, I reckon them Germans have spotted them, and blown up their Jeep, they aint going anywhere, but they sound the alarm for backup. 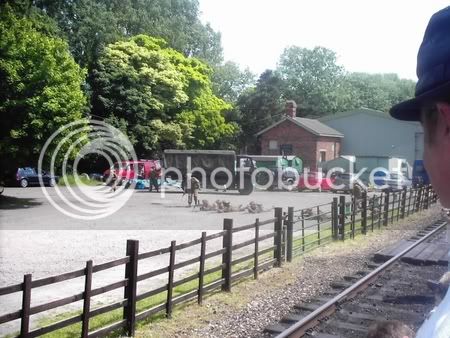 And a few minutes later, here is the backup arriving, and running to their position to fire at the Germans. 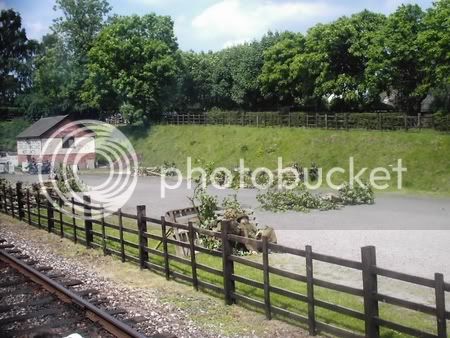 And the Germans themselves racing to fight the Allied troops....


....I wonder who wins (there were two videos I also took, they are rather large though) 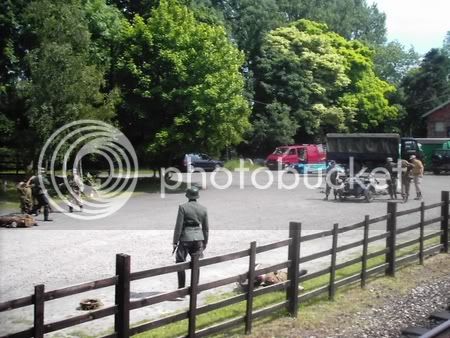 Ah well, the Germans won in the end, and they then proceeded around the battlefield (or battleyard) to kick the Allied troops to ensure they were dead. 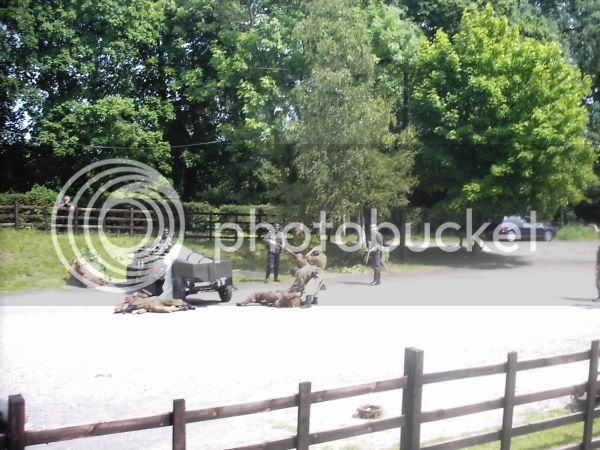 Those that were not dead were rounded up to be held prisoner. 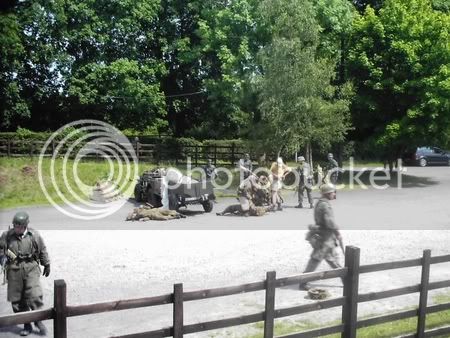 Just the final shot of the troops capturing up the British and removing their guns. 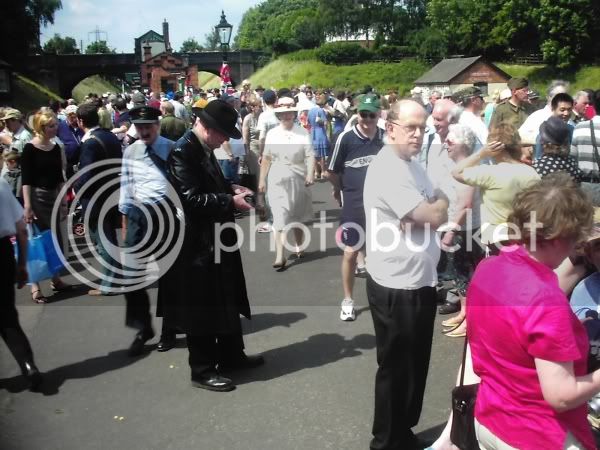 And the First Train, a DMU called 'The Flying Hamburger' it was a secret project to get better trains you see

That got about 250 people on board, and my Train got about 500 people over 5 Coaches, and I still managed to check almost all of the tickets between Rothley and Quorn, ok I started about 5 mins before we left Rothley.

That was basically all of my day, there was another trip, but it was rather boring as not much happened.


Pete Waterman - "The best event of it's kind" - And he isnt wrong either, well worth a visit (it continues tomorrow

From the people I could count with the clicker I counted 330, but I do suspect I missed people out as they were so hard to count!

Heres to another day of heat and steam!

any good diesels out and about?

Simming said:
any good diesels out and about?
Click to expand...