I don't know whether this is the right place to ask, but I'm writing an article about football's relationship with trains. I was wondering if there was any pictures out of there of the league liner of the 1970s? Thank you.
R

No photos but here's a decent writeup on it from the Grauniad.... 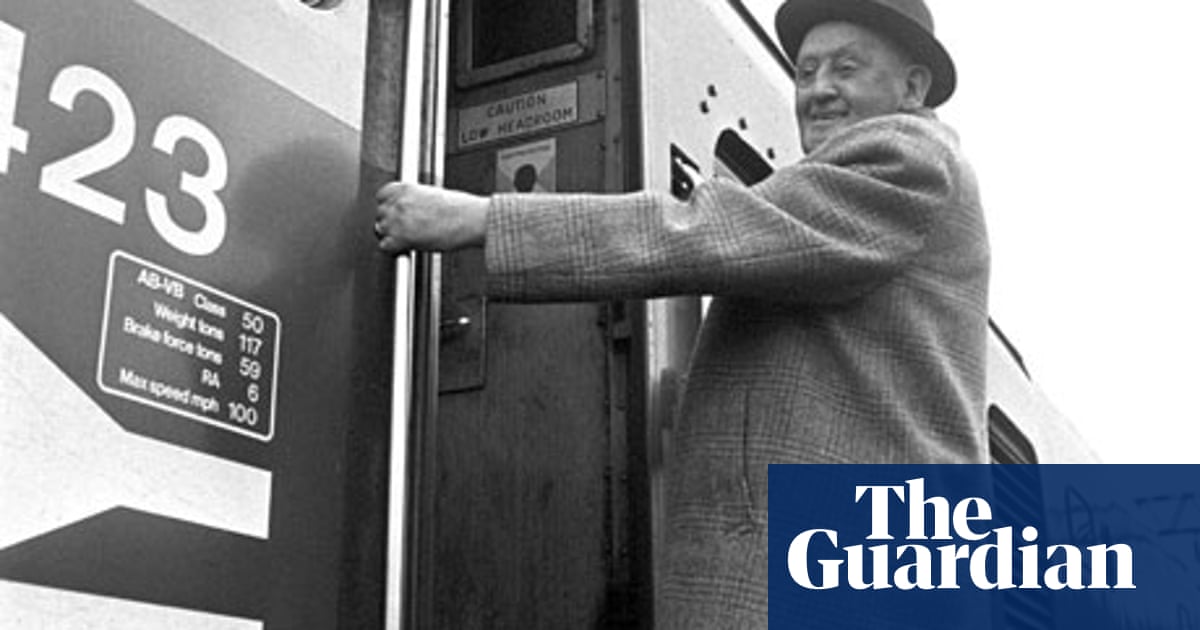 All aboard the League Liner – football's disco train | The Knowledge

The Knowledge: Plus managing multiple clubs in one Cup, more beastly bosses and a papal trip into the archive

All aboard the League Liner – football's disco train​

Plus: managing multiple clubs in one Cup, more beastly bosses and a papal trip into the archive. Send your questions and answers to [email protected] and follow us on Twitter 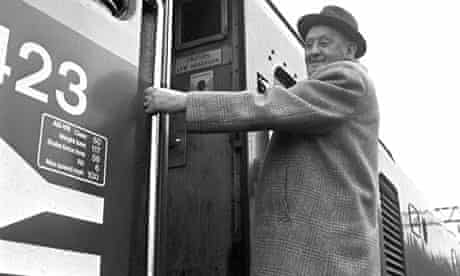 Burnley chairman Bob Lord climbs into the driver's cab for a ride on the footplate during the first run of the League Liner in 1973. Photograph: PA Archive

"A friend was telling me a brilliant story, which sadly sounds like a myth, that the Football League used to own a disco train, which it rented out to clubs back in the day," says Casey Richards. "Is this really true?"
"Unless I'm somehow getting the wrong end of the stick here, I remember this well," writes Jeremy Simmonds, who has a firm hold of the correct end of this stick. "It was called the League Liner, an early-seventies British Rail train equipped to cater for football supporters travelling away. The coaches offered music, basic VT machines showing football and the aforementioned 'disco carriage'." Indeed, according to this fine clip from the train's inaugural journey from Burnley to London in 1973, it had a "discotheque with coloured lights, disc jockeys and a noise guaranteed to beat any train stone dead".
Advertisement


Football fans kept smashing trains up, see, so the Football League teamed up with British Rail to offer first class travel – the trains were the same as the ones that did runs to Ascot, what-what – in an attempt to civilise passengers. Or rather, get those oiks to bring civilised passengers along with them.
"The added touch of luxury provided by the League Liner, together with its unusual and novel facilities, will encourage supporters to bring their wives and families – and girlfriends – with them," chirruped Alan Hardaker, in a British Rail press release from January 1973. "I feel that much of the trouble on football specials, the hooliganism and the vandalism, is caused because the youngsters have nothing to interest them," said Burnley's commercial manager Jack Butterfield, part of the committee that set it all up. "We hope that wives and girlfriends of the fans will take the chance for this cheap excursion to London."
Tickets cost £3.50 return (about £29 these days; the usual soccer specials cost about £1.50, or £12 in today's money). "Even if they are not interested in football they can be guaranteed five hours in London for a shopping spree."
Essentially the plan was that the chicks side-step alluringly to David Cassidy and distract their men for long enough to stop too much damage being done to the light fittings and then they could go up west and get themselves something pretty.
Th'Owd Syker was moved to write a poem about the train ("They sat theer entranced, watching t'coloured TV, they'd nair sin owt like it, were quite plain to see; then they went into disco, but ah'm telling you straight, they thowt they said bisto, an it wer summat to eight"), but one Burnley fan complained that he had been unable to buy a ticket for the train because it was already full, and not just with football fans but girls, too!
Advertisement

Butterfield insisted that there were no more than a dozen shoppers on the train but offered to lay on a coach for £2.45 return. (When Burnley had it for a trip to West Ham the following season, the League Liner departed before many fans had reached the station, and the club had to compensate them with free tickets to Coventry away on New Year's Day. On board the standard train that day the heating failed and there was no buffet.)
Clubs would take it in turns to hire the train and were in charge of ticketing and so on. Before it was removed from the British Rail fleet in 1976, the League Liner carried all sorts to everywhere: Crystal Palace to Sunderland in 1973, Middlesbrough to Preston in 1974, Hartlepool to Swansea in 1975. Often the team and manager would be aboard for the journey home, and we've heard tales that at least a few players cracked open a couple of tins with supporters as the train lurched home on a Saturday evening.
Butterfield had hoped that the League Liner would be the first of many but even in its second season in service fans began to complain that previous passengers had wrecked the interior (West Ham and Liverpool supporters were popular scapegoats). By the time it was decommissioned the train had lost all of the sheen that had initially attracted news reporters.
Click to expand...

185 said:
No photos but here's a decent writeup on it from the Grauniad....

All aboard the League Liner – football's disco train | The Knowledge

The Knowledge: Plus managing multiple clubs in one Cup, more beastly bosses and a papal trip into the archive

Much Appreciated, a concept probably too ahead of its time, but still wonderfully unique.
G

I think that the journalist/humorist Michael Green (The Art of Coarse...) wrote a lightweight item on one of the early trips (with Burnley supporters, I think). It appeared as a short chapter in one of his later books. I will see if I can find it.

Linked to this I remember around 1974, Brighton & Hove Albion having their own charter train for away matches called the Seagull Special. I saw it a few times at Brighton station early on a Saturday morning with a class 33 on the front, a rake of mark 1s with buffet car and the rear coach was a Met-Camm (?) Pullman with reverse blue / grey livery. The team was in the Pullman naturally enough along with Brian Clough. The class 33 had a suitable circular Seagull Special headboard.
I’ve never found a photo of the train so if anyone out there can find one.....
M

Gloster said:
I think that the journalist/humorist Michael Green (The Art of Coarse...) wrote a lightweight item on one of the early trips (with Burnley supporters, I think). It appeared as a short chapter in one of his later books. I will see if I can find it.
Click to expand...

In the book Even Coarser Rugby. Michael Green wrote a piece about a trip to Paris to cover a rugby international and what actually happened. He described getting stuck in the sliding doors on the Metro on the way to the stadium.

Association Football hardly gets mentioned in any of the books. There is a lot about trips to Rugby games and tours.
G

I think rugby was his main sport, although one of his definitions of a coarse sportsman was on the lines of ‘someone who plays a lot of sports, none of them well‘. I think the League Liner piece was probably in Even Coarser Sport from 1978, which (I presume) includes many stories, etc. that had previously appeared as newspaper articles. I think the Paris trip is also in another book.
S

There's a short video on Youtube here (the video is mentioned in the Guardian article that's already been mentioned, but the link in that article is now dead)
A