Train vs Car - what will win? 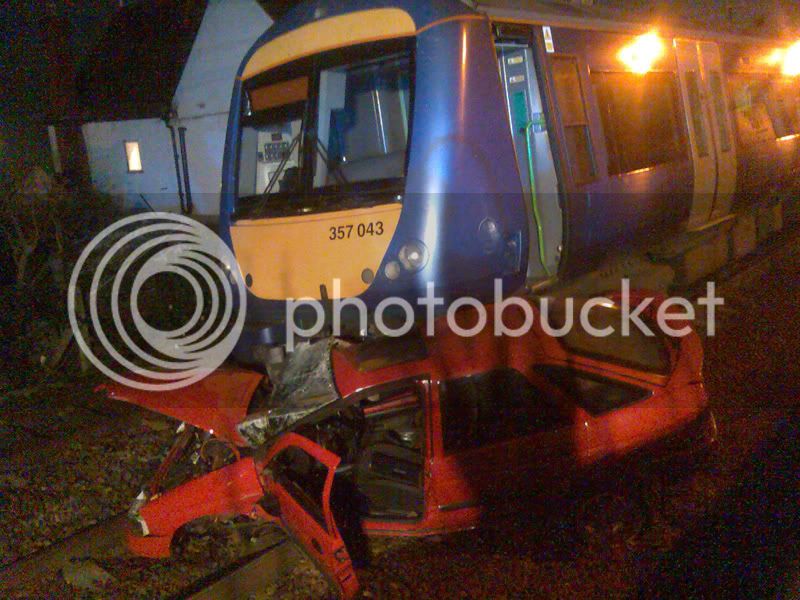 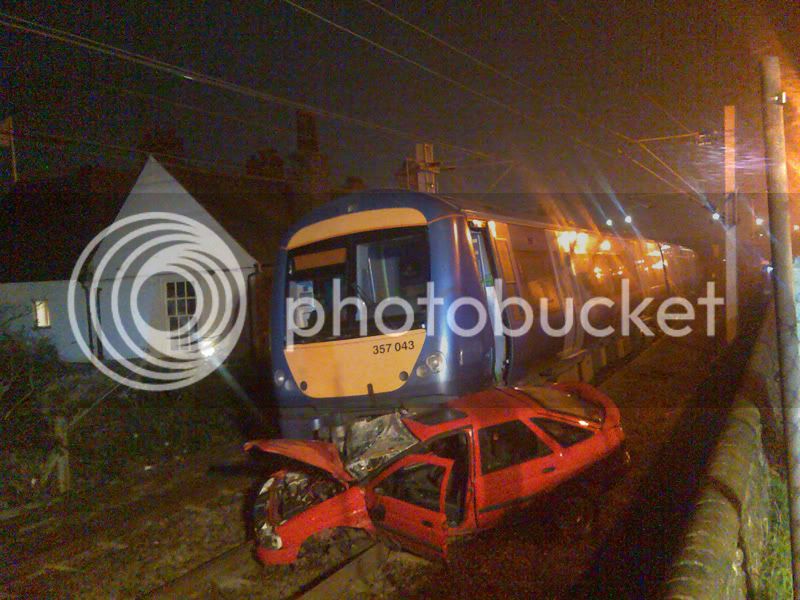 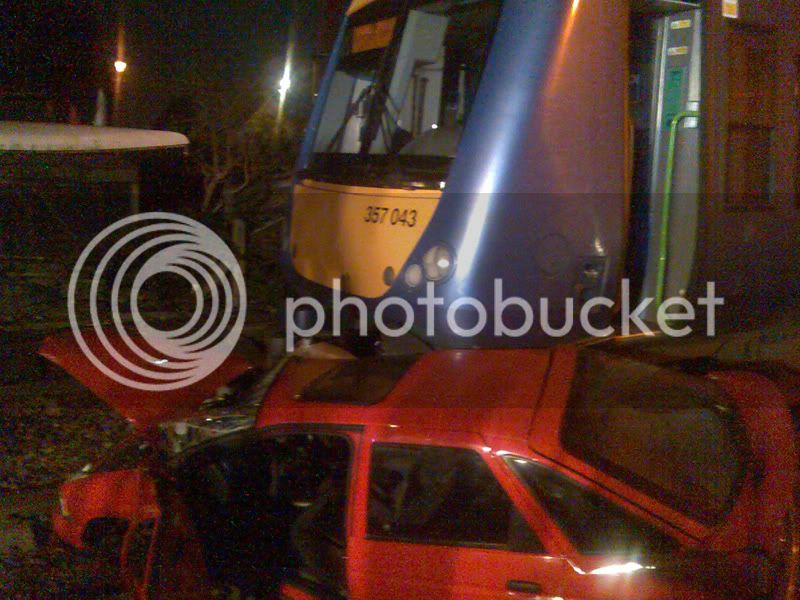 Did the train even get scratched? Haha
B

Not really, they still have object deflectors and are fairly weighty

In fact, arguably slightly less, as the 357 has aesthetic fibre-glass covers over its "buffers" which have, looking at the picture been disintegrated. On a 310/312 the metal buffers would have taken the impact, with not even any aesthetic damage caused.
C

The Mk2s have very high standards of crashworthyness aswell, although part of the reason for this being not generally mentioned is that Mk2s have been involved in few serious accidents compared to the Mk1s and Mk3s. In some cases they actually seem better than the Mk3s, since the Mk3s are weak to side impacts and twisting, wheras the Mk2s don't seem to be as bad in that respect. Overall though it's hard to say which would have come off better or worse in a particular accident, but it's highly unlikely a Mk2 would have come off much worse, and a good change one would have come off better.
By the way, we shouldn't jump to conclusions about the cause of the accident unless we know the full details. Just because a lot of incidents where cars end up on railway lines are down to the stupidity of the driver, doesn't mean it's the case every time.

Oh i'v cabbed that train when i was in for my Induction thingy set up by my school. Wow i wonder if my packet of crisps is still in their.