Where would we be now if none of the vaccines worked?

As empirical evidence of the vaccines’ success becomes incontrovertible, it got me wondering: what would society look like now if all of the vaccines under trial had been shown to be unsuccessful?

Would politicians be standing on podiums saying we have no choice but to get back to normal, accept the death, and significantly ramping up healthcare; or would we be continuing with restrictions indefinitely and following 2020 restrictions with ever increasing debt until natural herd immunity had been reached? Perhaps we’d be holding out hope on further vaccines starting development in the distant future?

One thing I’m certain of is that the arguments between elimination/Covid zero, and easing restrictions and herd immunity, would become an order of magnitude more pronounced. I expect mainstream political parties would take opposing positions.

I don’t recall seeing this parallel universe discussed very much as we have taken not only the existence of vaccines, but also their incredible efficacy, for granted. I think it’s easy to forget how close to this other scenario we could have been (even if our fate was sealed back in April or so!)
R

It's a good question! I suppose one thing to say is that it'd be different if we were in a space where no vaccine could reasonably be expected to work in the near future, or if it was just that vaccines were expected by, say, early 2022.

In the case of the former, ie, no prospect of a vaccine, the answer in a way I think would be easier: an extended time of fluctuation between tighter lockdown and lesser restrictions, aimed at spreading infections over time so that medical services aren't overwhelmed, and in the hope of improving treatments. Perhaps even restructuring annual calender for a few years or schools in over summer to allow for quiet period Dec-Mar. I think original projections suggested natural herd immunity would likely be 2024-25, but we would have to get used to 'bad covid years' as a feature of life on earth.

If vaccines were expected but only in 2022, it would be very contested territory. I suspect we'd continue to see what has happened to date: different governments trying different strategies to maximize protection of life at lowest possible economic cost. Some countries might be in almost perpetual lockdowns, some might have freedoms with little international travel, most would be somewhere between those.
L 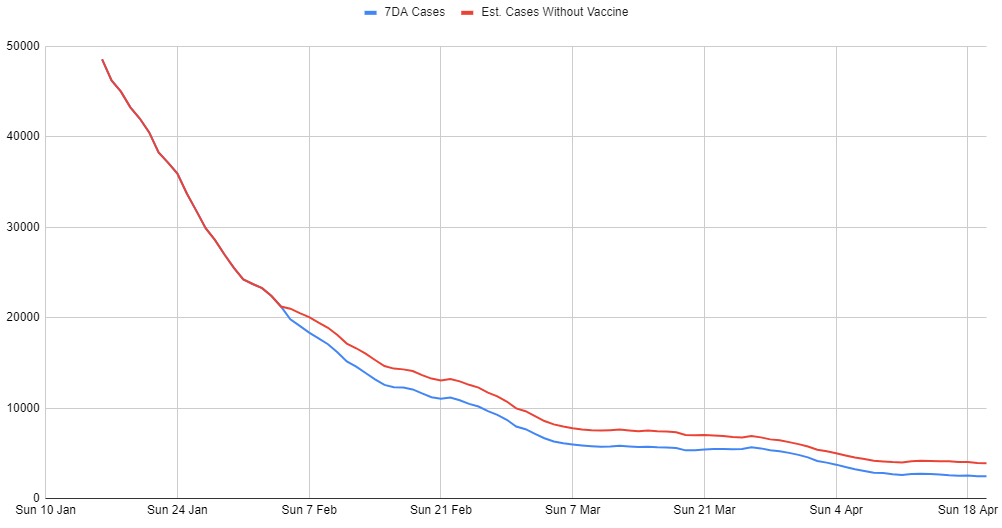 r/CoronavirusUK - Where would the UK be today without vaccinations? A crude analysis