The West Somerset Railways Spring Gala was held over two weekends in March 2016,the theme was to commemerate the 50th anniversary of the clousure of the S&D .
Locos were hired in to reflect the kind of classes that were used on the line including 44422,53809,34053 Sir Keith Park,80043 and 34070 Manston.
The stations along the line were all renamed to long closed S&D ones, so al in all a great effort by the WSR to re-create the much missed line.

Excellent bit of filming there, Manston is a lovely looking engine.Well done.
4

Having got back from a week in Somerset I have now had the time to add some pictures from the Friday to my Flickr site. If anyone would like to see them this is the first one in the Photostream : 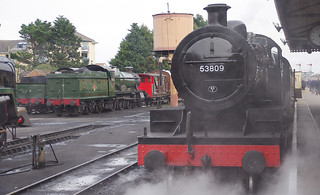 Alternatively, they can be found in this album :

I must say that the folks on the WSR put on a really splendid show and I would like to express my thanks to all those who put in so much time and effort to create such a super event for the rest of us to enjoy.
4

If anyone would like to have a look, I have added a further selection of pictures to my Flickr site. This is the first one in the Photostream : 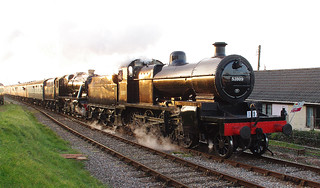 Alternatively, they can also be found in this album :

Hope they're of interest.