My other half has just booked a return trip from Exeter to Belfast in August which was £81 each way (so £162 all in).
Unfortunately for some reason Aer Lingus have taken a double payment (£344) by mistake and are being fairly unhelpful about refunding half of it.
She’s been onto her bank and got the authorisation codes (both payments went out at the same time), spoke to Aer Lingus twice after spending most of the afternoon now on hold, and they’ve sent a link (which doesn’t work properly) for her to send a screenshot of her bank statement to prove that she’s not making it up.
Has anyone else had this kind of trouble with them?
R

It’s funny you ask but I noticed the same thing a few days ago on my bank statement from Aer Lingus. I’ve already sent them an email but haven’t heard back yet!

Having just read some recent Trustpilot reviews on this outfit, it appears they have many other disgruntled customers also.

This is not good and I genuinely hope you get it all sorted! 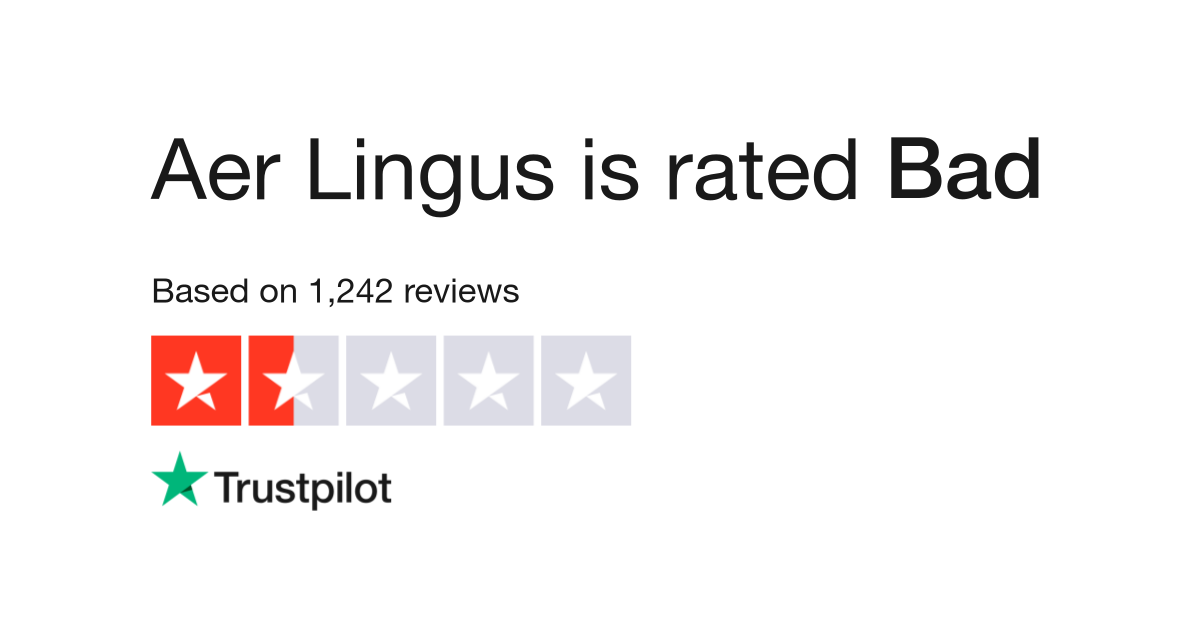 Do you agree with Aer Lingus's TrustScore? Voice your opinion today and hear what 516 customers have already said.

Thanks @AlterEgo and @Ash Bridge.
After another three hours on the phone yesterday they’ve said that it’ll be refunded at the end of the week.
Apparently the long phone queuing is due to lots of people cancelling flights at the moment but yes, not a great consumer experience.

This was all to get a more convenient flight from Exeter rather than Bristol.