Aah, a rainy Saturday morning, and a visit to the tranquil Heswall station on the Wirral part of the Borderlands Line. This is the station formerly known as "Heswall Hills".

Not to be confused with the original "Heswall" Station which closed back in the 1950s. The present-day Heswall station is about one mile east (as the crow flies) from the centre of the eponymous town.

To the west of the station we have the small station car park, a quiet suburban cul-de-sac and a main route in to Heswall, the A5137 Brimstage Road. To the east we have around two and a half miles of farmland stretching all the way from here towards the M53 mid-Wirral motorway. The station really is on the extreme fringe of the town.

I start my journey firstly by walking to Upton station, itself adjoining the western boundary of Birkenhead. Just one stop away and around four miles north of Heswall. Generally speaking four miles is not a large distance between stations, but it is perhaps the largest gap between two stations on the Wirral Peninsula.

These very useful information signs at Upton have just been fitted this year. 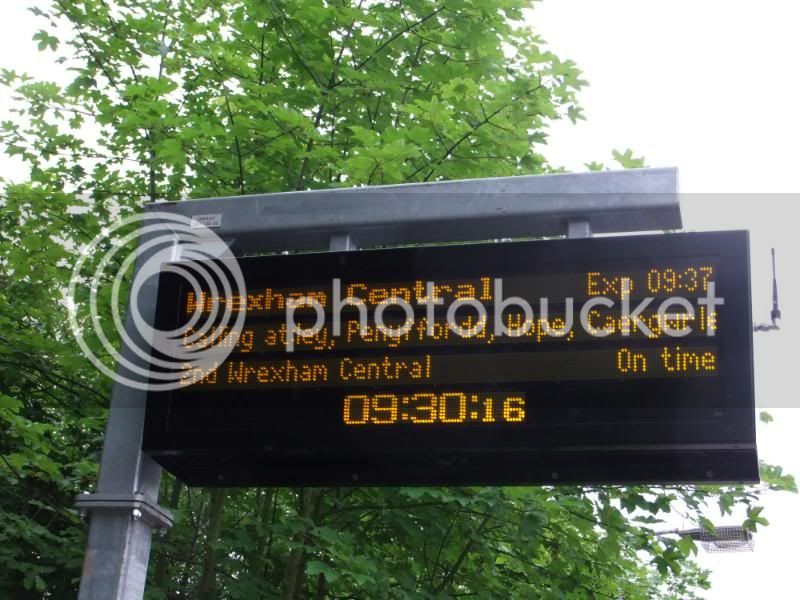 Heswall is in Merseytravel zone B2 so you can get there using an appropriate "Saveaway" ticket. I have an annual pass to get me to work in Liverpool, but alas it only covers zones B1 & C1. So, a £2.50 return from Upton it was, and after a seven minute journey, I arrived at Heswall. In fact the first time I have ever alighted here! (The bus services are generally more handy in this area) 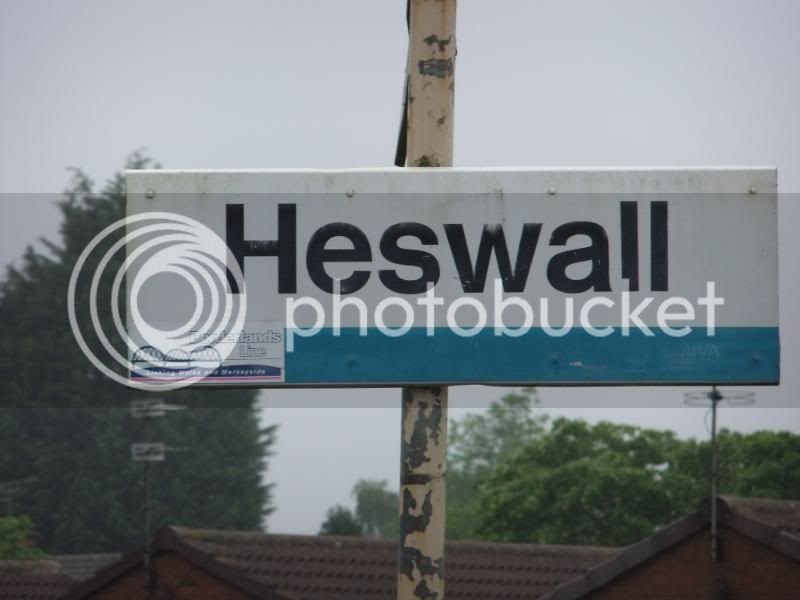 Looking south from the Wrexham-bound platform. I understand (from Wikipedia) that the station was refurbished as recently as 2008. 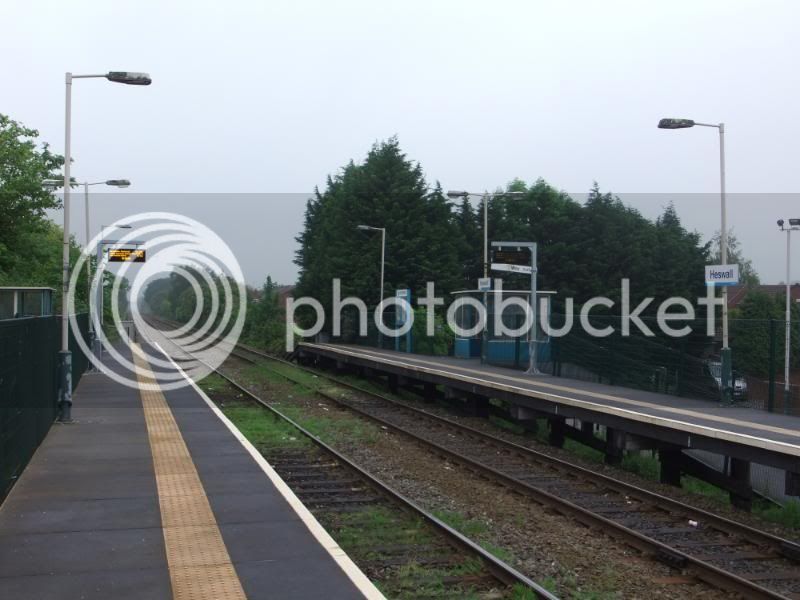 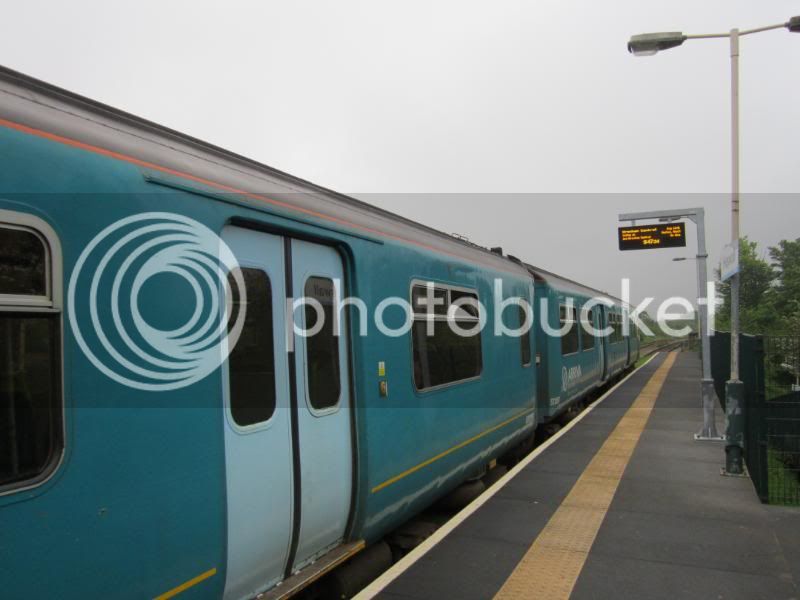 150258 departs. Unsurprisingly, this unit has also been photographed at Cardiff Queen Street. 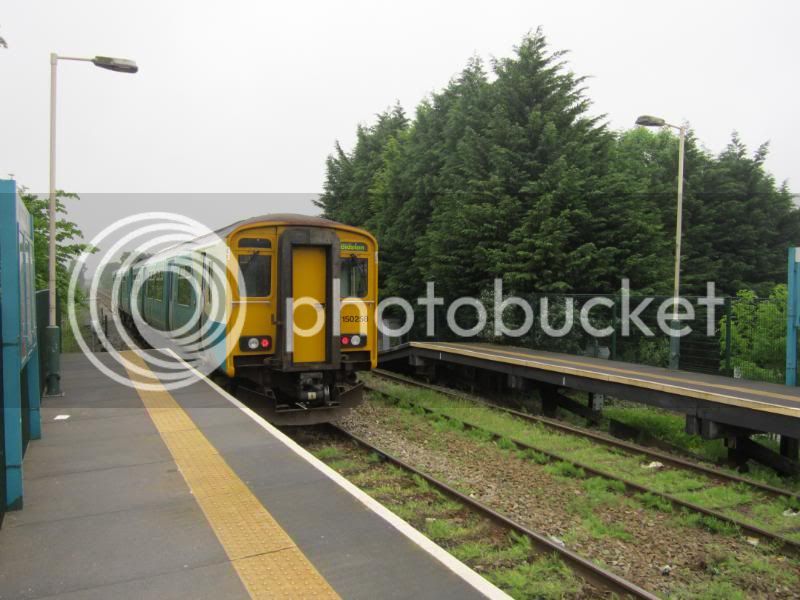 Looking towards the northbound platform. 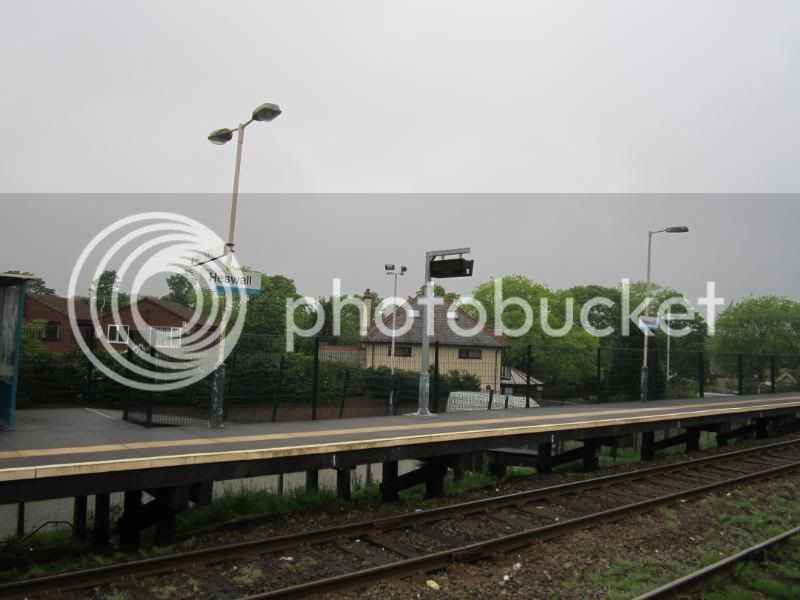 One of the two new information signs at Heswall. 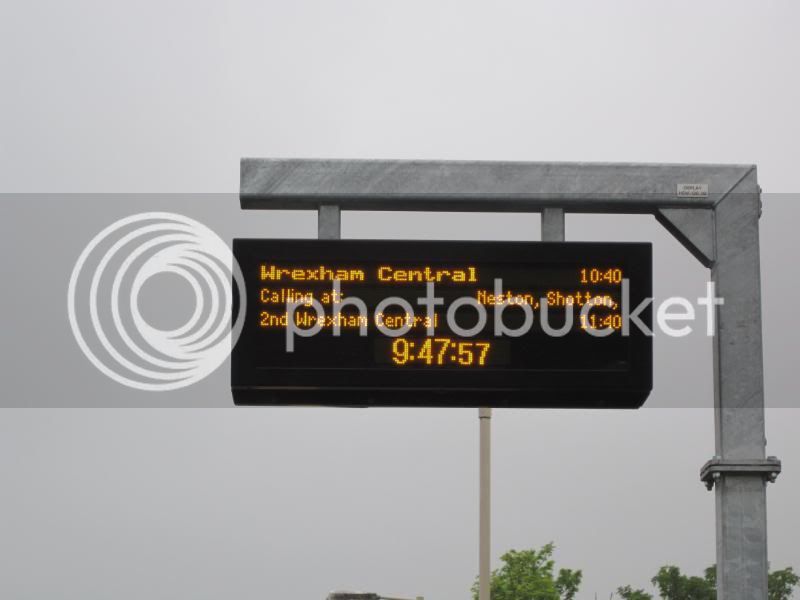 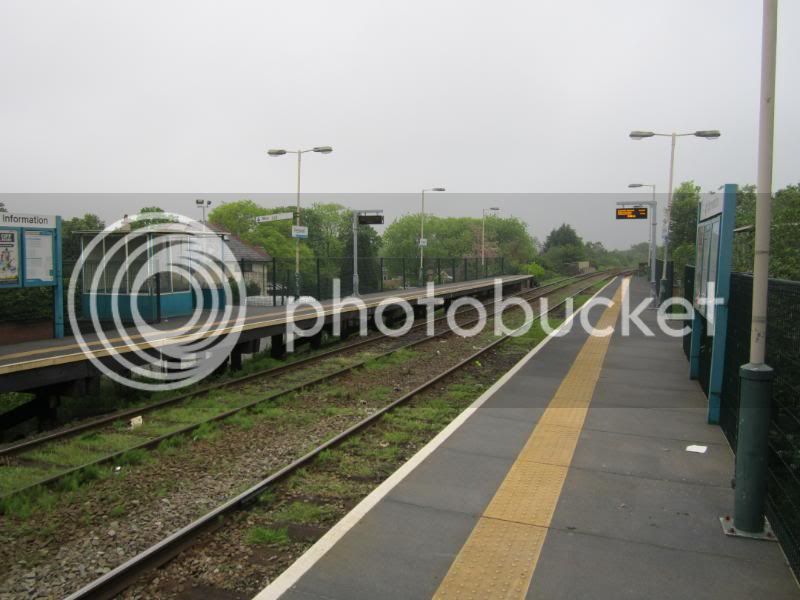 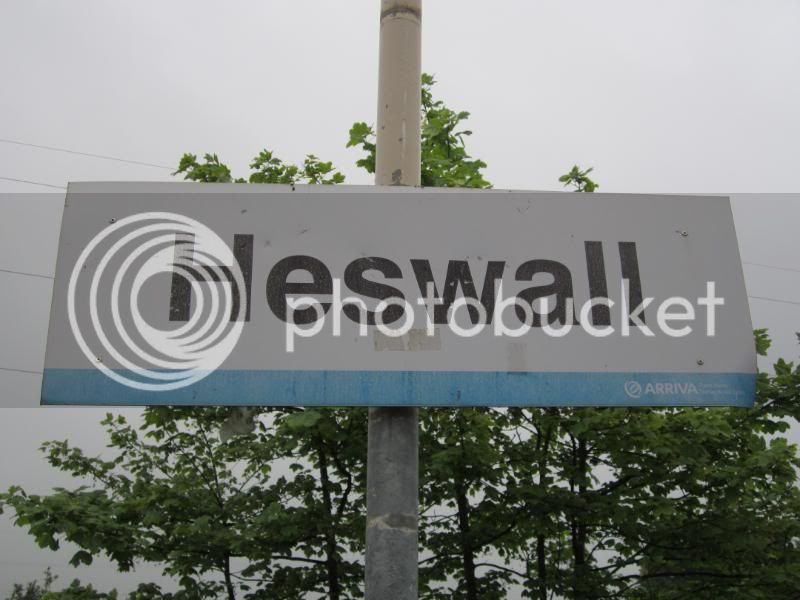 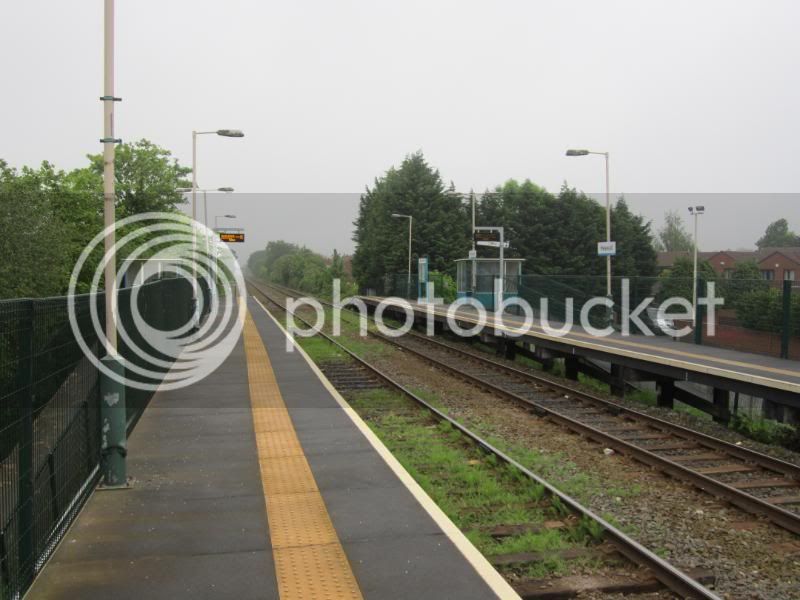 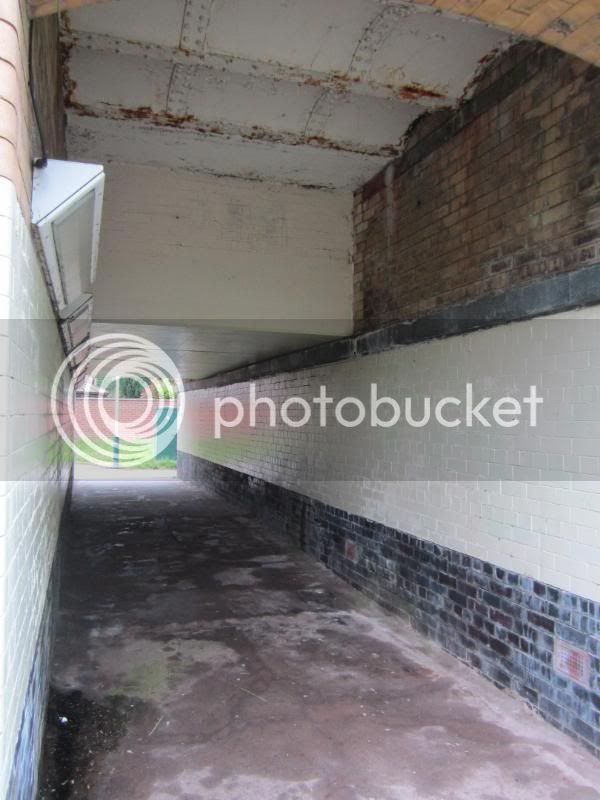 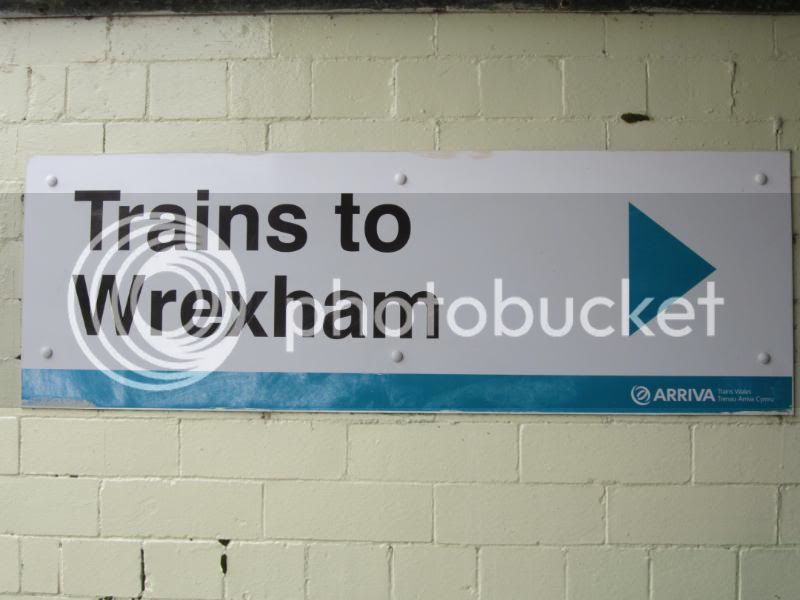 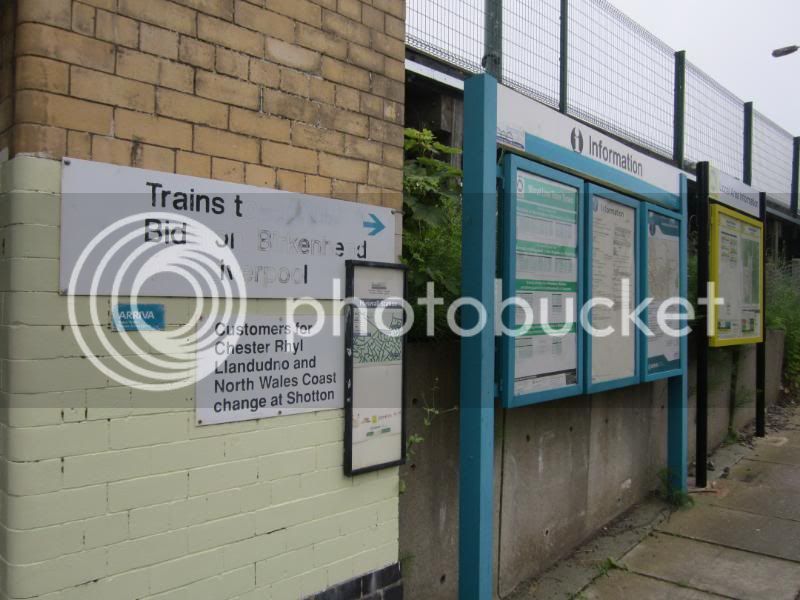 This pharmacy on the other side of Brimstage Road betrays the original station name! 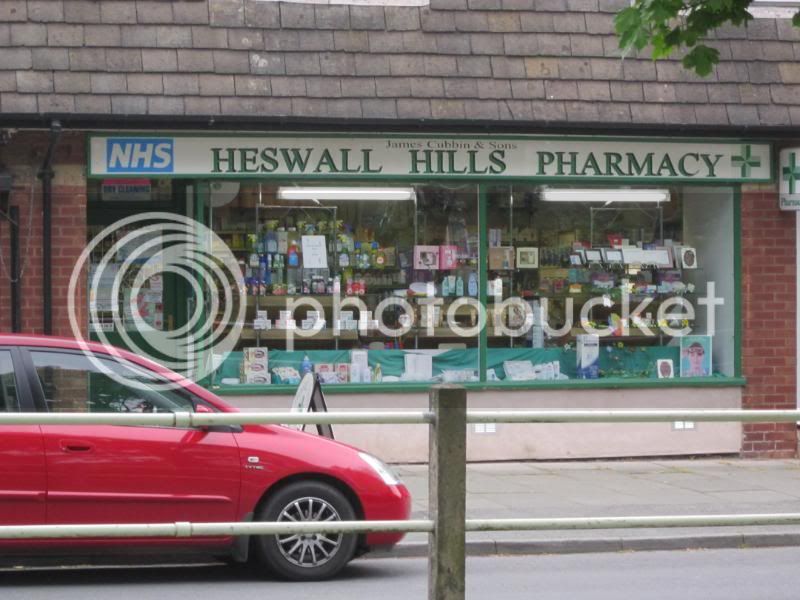 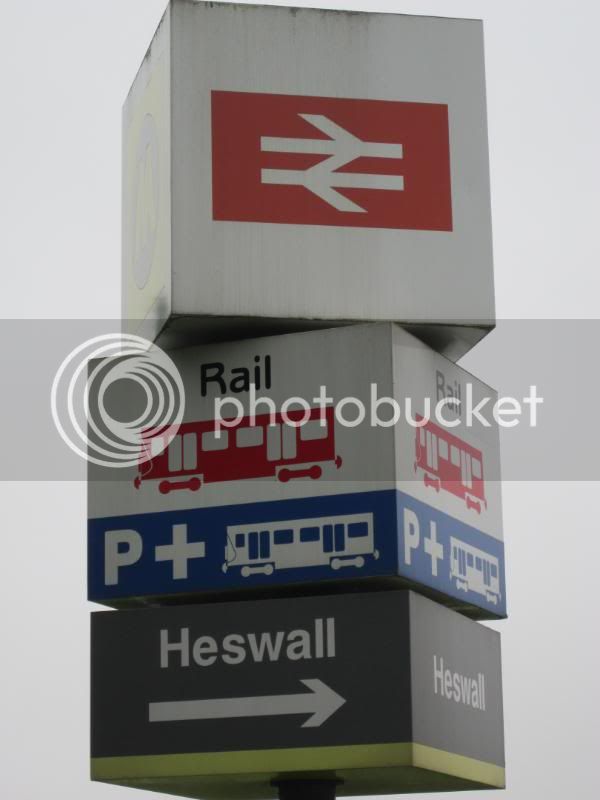 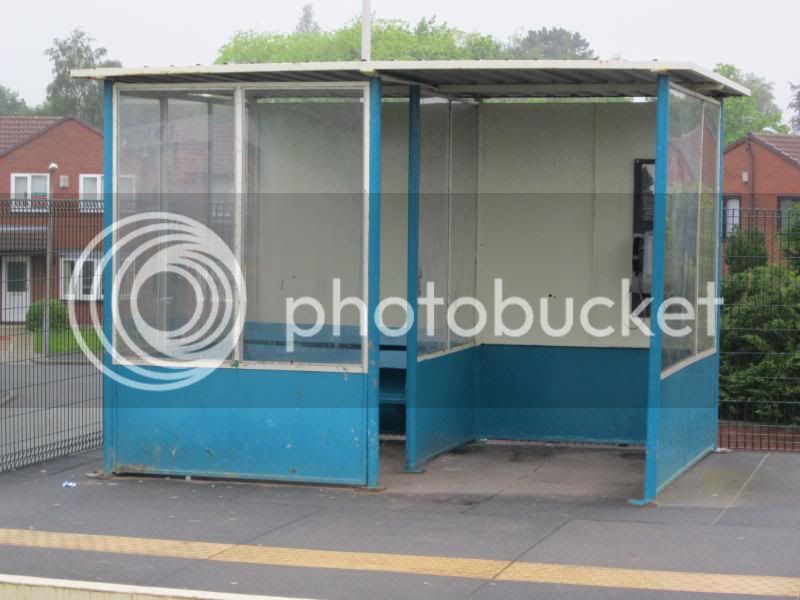 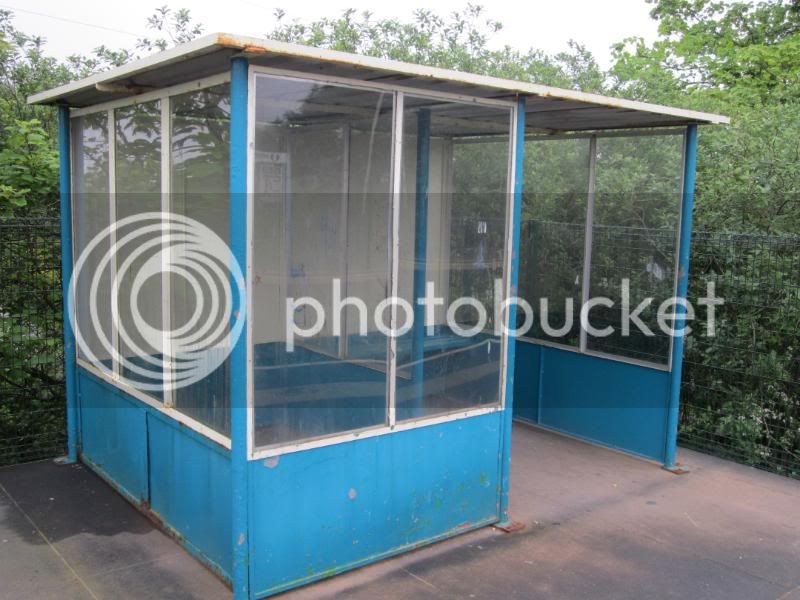 Aah, to be in England! 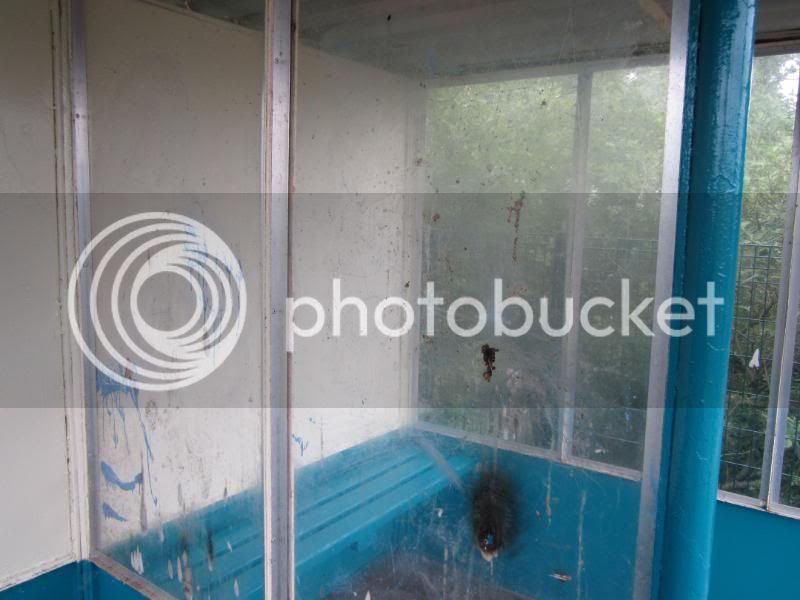 This is handy, if you just miss a train! 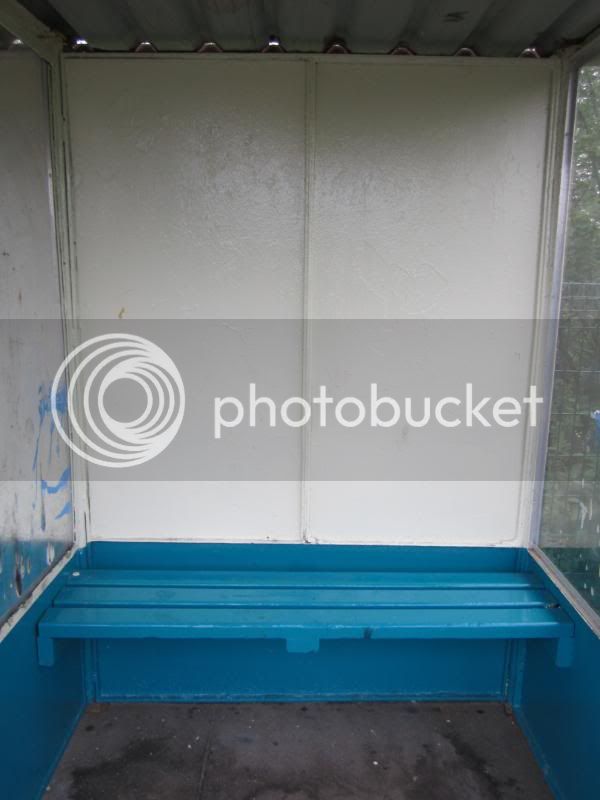 One sign I didn't photograph, outside the station it says "Welcome to Heswall". Alas the rain became too heavy for my compact camera. Perhaps I'll get it next time.

Well, there's something enjoyable about the whole experience of these quiet stations, in the rain, during a day off. I can't quite put my finger on it, but it's a nice antidote to the usual weekday hustle and bustle.

Anyway, thanks for viewing.

Arriva TW won't spend a penny there or on Upton / Neston.

One of their Chester guards fell through a rotten bit of platform a few years ago. It was only then the repairs happened.

How much would it cost them to go out with two pots of paint and a ladder? Not a lot.

They only got CIS displays because the rest of the line got them.

185 said:
Arriva TW won't spend a penny there or on Upton / Neston.

One of their Chester guards fell through a rotten bit of platform a few years ago. It was only then the repairs happened.

How much would it cost them to go out with two pots of paint and a ladder? Not a lot.

They only got CIS displays because the rest of the line got them.
Click to expand...

Thank you for the reply! In fact I have to say, what the photos don't show even at that time on a rainy Saturday morning, quite a few people were using the station. Three other people got off at Heswall when I alighted. Also, about five people got on northbound, on the train on the way back. As such, I couldn't fit inside the shelter, despite the fact the rain started to get quite heavy by then.

Fortunately for me, I'd miscalculated my arrival time back at the station after a short hike around Heswall, so I was five minutes late - which meant I only had to wait about 30 seconds before getting on the train, which was also around five minutes late.

As for the point you raise about ATW's spending (or lack of) on these stations, I have to confess I'm completely unqualified to comment, being a complete outsider to the railways, just having an occasional interest as an enthusiast.

But, as you mentioned the three stations on the line that are in England (excluding the Merseyrail-managed station Bidston), is the suggestion that no money will be spent on these stations because they are outside Wales? Or have I misunderstood and is it another reason? (e.g. perhaps ATW are just cash-strapped, generally speaking, in these difficult times?)
Last edited: 6 Jun 2012