Related to the tunnels you can walk through....

How many railway bridges in the UK have public footpaths alongside the railway?

Oykel Viaduct on the North Highland Line has a footpath retrofitted on one side of the bridge. Barmouth bridge in Wales has a tolled footpath IIRC.

High Level Bridge in Newcastle has one underneath. There is also a bridge across the river at Wetheral which is right next to the railway.

Carlisle Bridge in Lancaster has a footpath alongside the railway.
W

Not sure if Hungerford quite counts anymore, since the two Golden Jubilee Bridges were built - I think they are entirely separate structures from the railway bridge in between them.

There was talk a few years back (pre-recession) of adding a pedestrian walkway to the bridge carrying tracks south from Cannon Street station, but nothing has come of it yet.

THe old Great Northern bridge over the Derwent in Derby
L

Perth Railway bridge over the River Tay. Used for access to Monicreiffe Island and the Golf Course.
M

I may be missing something, but surely the one going into Charing Cross counts? I forget what it's called though!

The Barmouth estuary viaduct has a footpath alongside.
W

Mickey - that is Hungerford Bridge. I'd say the new pedestrian bridges built in 2002 are separate from the railway bridge.
Here's the one that comes closest

Ravenglass on the Cumbria coast (I crossed that one only yesterday).

Carlisle bridge in lancaster, theres a footpath next to the line, shame the steps are pretty steep. 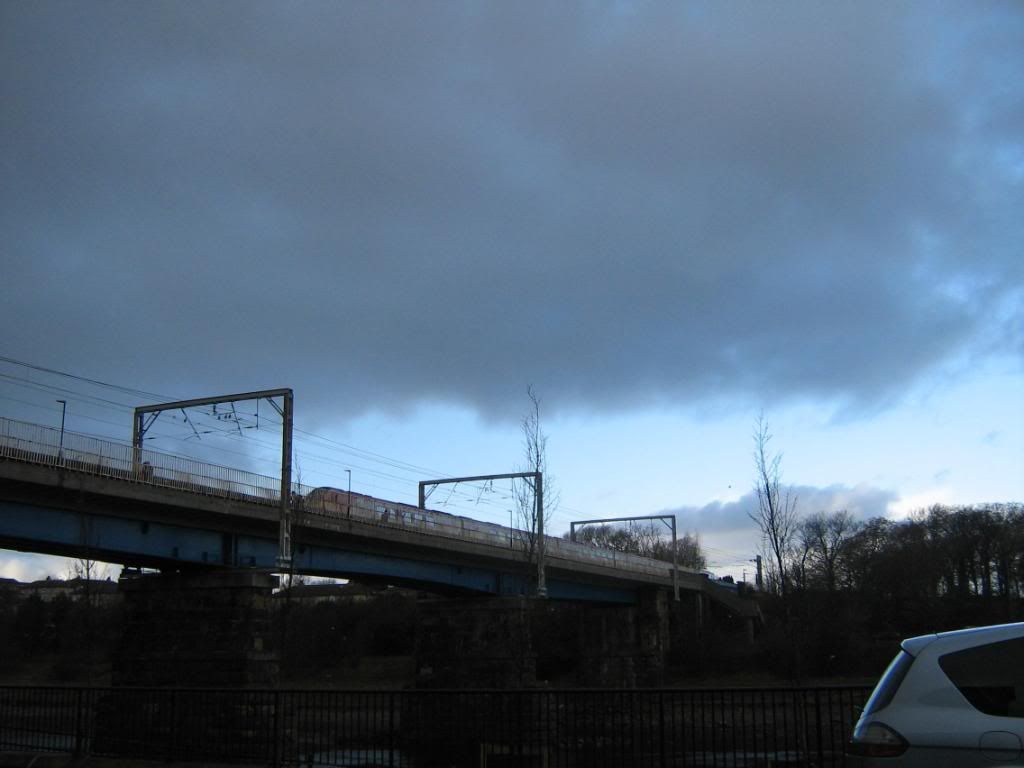 Hawarden Bridge, Flintshire carrying the Wrexham-Bidston line over the River Dee.
Footpath attached to the bridge with low barriers
M

W-on-Sea said:
Mickey - that is Hungerford Bridge. I'd say the new pedestrian bridges built in 2002 are separate from the railway bridge.
Click to expand...

Thanks for putting me straight though!

Twelve Arches at Walton Old Junction south of Warrington on the Chester Line.

One bridge on the Tarka Line just south of Eggesford has had its unused second track converted to carry a public footpath;

There's a circuitous footpath that leads from the Morledge in Derby to Nottingham Road that crosses Eastgate on the ring road with a footpath next to the main railway line into Derby station.

Scarborough Bridge in York - carries the railway from the station towards Scarborough. 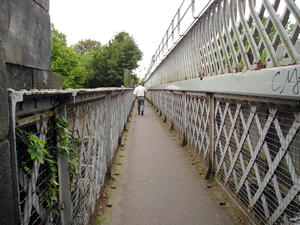 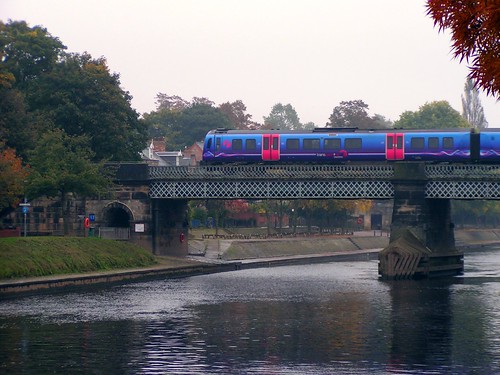 A couple more; CDM2 UB41a M6 Bridge at Knutsford (approx 15m) has a public footpath alongside and CNH3 VB9 River Bridge at Chester (by the racecourse) has a footpath alongside of it.
In the old days WJL1 VB25 Runcorn Viaduct had a public footpath, over which the railway company charged access - its now a staff access point. It closed when the modern road bridge opened about 1960?
P

There's a photo somewhere of spotters on the Five Arches Bridge just outside Derby station though I'm not sure they were supposed to be there.
M

In 1965 (when the nearby road bridge opened) the footpath on the Ethelfleda Bridge was closed. It would make for an interesting walk if it was re-opened today though that is unlikely.

Do you know of any other operational rail bridges which have a footpath along them ? (apart from the obvious Central London ones across the Thames)
O

Hawarden Bridge over the River Dee

(No idea where Ethelfleda Bridge is though!)
4

Scarborough Bridge in York does. My personal favourite is the bridge in Perth carrying the Dundee line over the Tay.

I see the Ethelfleda Bridge is in the link in the previous post. Certainly looks like it would be an impressive walk.