Should nations become more responsible when firing things into orbit?

Given the fact that there is currently a large piece of a rocket tumbling back to earth, with no firm estimate of where it will hit, as well as it being rather large, I have to ask.

Since this isn't the first time something like this has happened, should it be a warning that nations should take particular care when firing things into orbit, as well as controlling the debris? As space exploration continues and more things fire into orbit, the risk of something catastrophic remains greater. 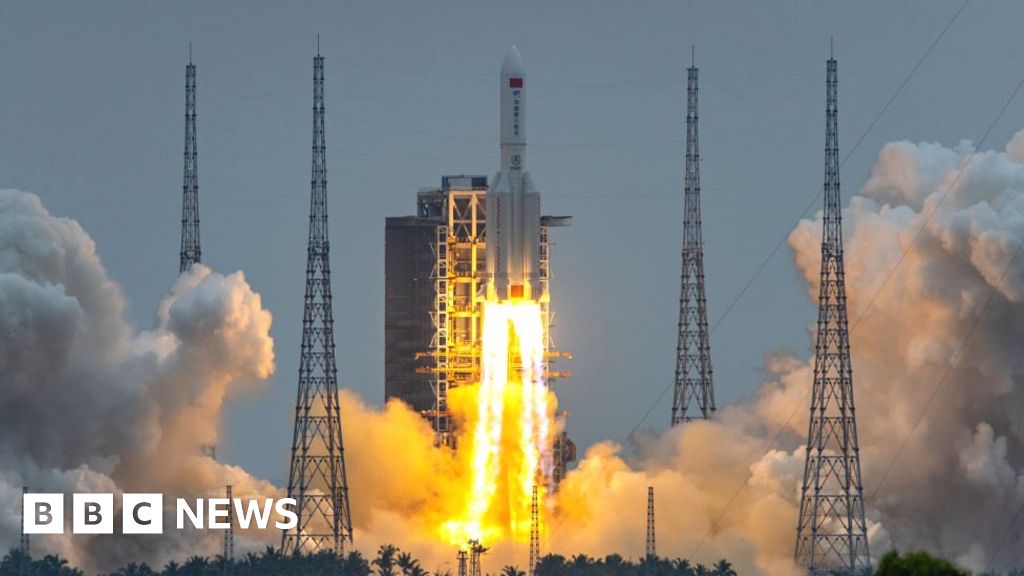 Debris from a Chinese rocket is expected to fall back to Earth in an uncontrolled re-entry this weekend.
The main segment from the Long March-5b vehicle was used to launch the first module of China's new space station last month.
At 18 tonnes it is one of the largest items in decades to have an undirected dive into the atmosphere.
Click to expand...

The US on Thursday said it was watching the path of the object but currently had no plans to shoot it down.
"We're hopeful that it will land in a place where it won't harm anyone," US Defense Secretary Lloyd Austin said. "Hopefully in the ocean, or someplace like that."
Various space debris modelling experts are pointing to late Saturday or early Sunday (GMT) as the likely moment of re-entry. However, such projections are always highly uncertain.
Click to expand...

There is also a rather helpful graphic on that article which shows New York, Lagos, Rio, Beijing and Sydney being in it's path.
R

It is a bit late. There is loads of stuff floating about up there that will one day return to earth

DarloRich said:
It is a bit late. There is loads of stuff floating about up there that will one day return to earth
Click to expand...

DarloRich said:
It is a bit late. There is loads of stuff floating about up there that will one day return to earth
Click to expand...

Or, in the meantime, bash into something else up there, creating yet more space debris.

Of course they should, but each one will say, “You first”.

Elon Musk is in the early stages of his "Starlink" project which aims to launch a very large number (up to 30,000) satellites into low earth orbit to capture some of the internet market. He is going ahead despite the concerns of astronomers that they will interfere with their work - see:

The International Astronomical Union (IAU) is voicing concerns about the risk that SpaceX's Starlink and other planned massive satellite constellations in low Earth orbit pose to astronomy.


The group, most famous for its role in "demoting" Pluto from the rank of planet, represents more than 13,000 astronomers worldwide. In its statement, released yesterday (June 3), the IAU pointed out that while there are several megaconstellations under development, no one knows quite what consequences such huge numbers of low Earth orbit satellites could have on astronomy.

"The organisation, in general, embraces the principle of a dark and radio-quiet sky as not only essential to advancing our understanding of the Universe of which we are a part, but also as a resource for all humanity and for the protection of nocturnal wildlife," the statement reads. "We do not yet understand the impact of thousands of these visible satellites scattered across the night sky and despite their good intentions, these satellite constellations may threaten both."
Click to expand...

Long March 5B re-entered at around 02:24 UTC this morning, in an area just north of the Maldives. No reports of damage to any of the islands which is a relief.

China now reporting that the rocket reentered at 0224 UTC at 72.47E 2.65N which is right over the Maldives. If correct will be interesting to see if we get reports from there
Click to expand...