What camera do you have?

I couldn't find one of these threads using the search, so I'm interested to see what everyone else has

What do you have and what do you rank yourself as? I would like to say, but I guess that it's one of those things which others rate you for.

I have a Sony DSC - S600. That heap of junk I had before has taught me NEVER to opt for a no name brand electrical product ever again!

I currently have a Fujifilm S602Z:

However once I can afford it I'll probably get a Canon 350D and a couple of good quality lenses.

Currently a Fuji S5600 which i'm just starting to get to grips with.
Previous cameras include Fuji F10 and Kodak DX 6340.

Probably move upto a real DSLR in about 18 months time.

That's quite a small camera for the sort of photos it produces!
D

12 Mega Pixles if you know how to set it

I'm too embaressed to say what type of camera I have (because it is that bad), but hopefully, I will be getting a new camera in about 6-8 weeks 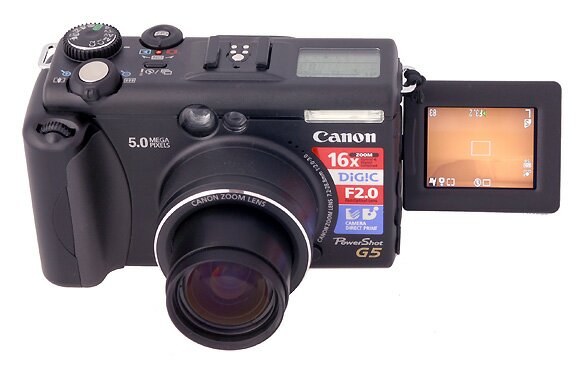 Harry Potter said:
I'm too embaressed to say what type of camera I have (because it is that bad)
Click to expand...

HP's cam is a bit bad...I remember what it was like at Carlisle, it wasn't exactly up to the job!

As for me, I've got a Casio QV-R40. 4 million pixels, 3x optical zoom, 3.3x digital zoom. Movie mode, no sound for it, not brilliant quality but does the job on its screen. Had it since December 27, 2003. Over 2 years later, it's still going strong! Taken over 4000 pictures and videos with it now. It certainly is showing signs of falling apart, but it's seen snow, heavy rain, wind, cold, heat and all sorts of weather off. Everyone I knew said 'That thing won't last, get a Kodak one.' 'No, I want a camera that's future-proof.'. Had to borrow a bit of money off my dad to get it, but it's been an absolute gem of a camera! I've tried film cameras too since, and only my mum's SLR is better than it.

I've also got a camcorder, a Sony HC19E. Absolutely AMAZING piece of technology, reproduces my video efforts brilliantly, nothing beats it.

EDIT: It appears we've got some rich people here, judging by the cams other people use! Does make my camera appear less excellent, but it's much more capable than it looks. Indeed, it produced my avatar picture, which I'd expect out of the SLR, not my cam!
B

ChrisM said:
Currently a Fuji S5600 which i'm just starting to get to grips with.
Previous cameras include Fuji F10 and Kodak DX 6340.

Probably move upto a real DSLR in about 18 months time.

Same as me! Previous cameras include Fujifilm Finepix S2 Professional DSLR, Nikon E5000, (those of you who met me at Cardiff on December 4th 2005 would have noticed me lugging BOTH of those around with me :roll: ), Samsung A400 (never again I will use that!) and a couple film SLRs when I was around 12.

Why switch from a DSLR to a compact bridge camera? You ask.. Simple, the S2, brilliant camera which produces superb photos, but it was just too damn big! Plus lugging round an extra camera for videos isn't exactly my cup of tea!

So there you have it, why I changed from a DSLR to a diddy cam like the 5600

i have the same camera but with this lense

I don't personally have a camera, I use either my Parents Olympus E-300 or E-500's. Mind you, at 8.0 Megapixels a piece, they ain't nice to my computer

No they aren't :confused:
4

well ok then not all but some are

To be honest you don't need more than 6mp unless you are printing pictures bigger than A3.